Melamchi Water Will Be Distributed From April 14: Minister Chaudhary

Melamchi Water Will Be Distributed From April 14: Minister Chaudhary 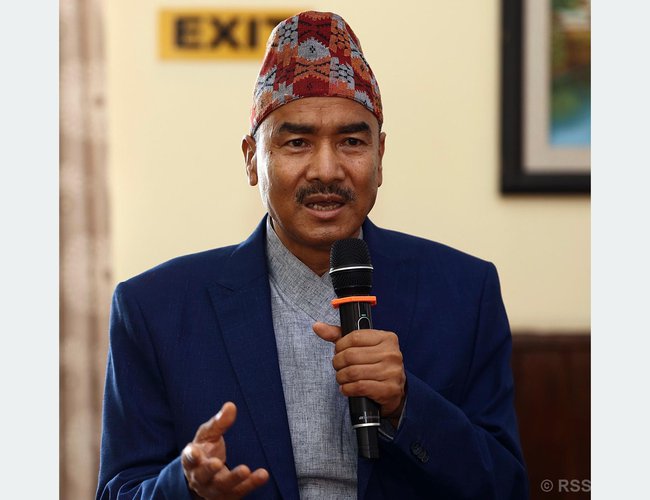 Minster for Water Supply and Sanitation, Umakant Chaudhary has said that the work for the reconstruction of the Melamchi Water Supply Project (MWSP) has begun to bring the water from the Melamchi River temporarily to the Kathmandu Valley reports The Rising Nepal.

The national pride project’s head works and a part of tunnel were damaged by the floods caused by torrential rains on 15 June, 2021.

Contractor Sino Hydro has reached the site and started work to clear the debris deposited by the floods and landslide upstream of the river.

“Currently, work has begun to bring the water to the capital valley by creating a diversion besides the head works,” Minister Chaudhary said at a press conference organised at the Ministry in Singha Durbar on Sunday.

He informed that the short run test of about 100 kilometre pipeline was conducted some days ago. So far, 350 km pipeline is tested and is ready for water distribution.

According to him, since Sindhupalchowk was announced as a crisis-hit area until October 2021, no work on the project could be conducted before the festive season.

“The Asian Development Bank is conducting a study on the details of the reasons behind the floods and landslides, damage caused by them and permanent alternatives to conserve the watershed region,” said Minister Chaudhary.

RSS reports that earlier on Friday, the contractor was mobilised to the site after more than seven months the floods damaged the intake of the project.

The project has said that water would be brought to the valley by 14 April 2022, the first day of Nepali Year 2079.

Minister for Water Supply Chaudhary has directed the construction company and employees of the Melamchi drinking water project to restore and complete the flood-damaged project within mid-April.

The Minister gave such direction during a field inspection of the national pride project on Friday.

The government has reached an agreement with the Chinese Sino Hydro to reconstruct the project damaged by flooding in June 2021.

Earlier, the government had tested the release of water from the project to the residents of the Kathmandu Valley.

The Minister also pledged to distribute water from the project to the residents of the Kathmandu Valley within this year.

He would visit and take stock of work progress of the damaged project once a week, he said.

The Minister was accompanied to the project site by a team of technicians and the Ministry Secretary Pramila Devi Shakya Brajacharya, Director General of the Department of Water Supply and Sewerage Management, Tiresh Prasad Khatri, Executive Director of the Melamchi Water Supply Development Board, Basu Dev Paudyal and Chairperson of Helambu Rural Municipality Nima Gyaljen Sherpa.