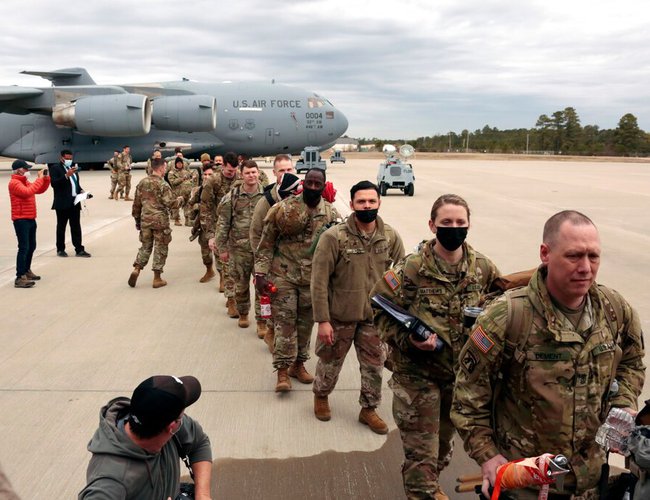 The first group of US reinforcement troops has arrived in Germany and Poland in response to Russia's military build-up along Ukraine's borders.

The administration of US President Joe Biden decided to deploy about 3,000 extra troops to Poland and Romania, which border Ukraine, as well as to Germany, to reinforce NATO allies in Eastern Europe.

The US military announced on Saturday the arrival of about 300 American troops at a US base in western Germany.

It also said the commanding general of the 82nd Airborne Division of the Army had arrived in Poland. That division specializes in responding to crisis contingencies within a short period of time.

AP and Reuters news agencies reported on Friday and Saturday the arrival of US transport aircraft at an airport in Poland.

In addition to the 3,000 reinforcement troops, the Biden administration also put on alert 8,500 service members in the United States to be ready to deploy to Europe.

A spokesperson at Russia's presidential office, Dmitry Peskov, said on Thursday that Russia has been urging the US to stop escalating tension.

Peskov said the deployment of extra US forces to Europe is clearly not aimed at easing tension, but it would rather lead to an escalation of the situation.

Over 1,500 Die In Devastating Earthquake In Turkey By Agencies 5 hours, 14 minutes ago