Russia Could Invade Ukraine During Beijing Olympics: US Official

Russia Could Invade Ukraine During Beijing Olympics: US Official 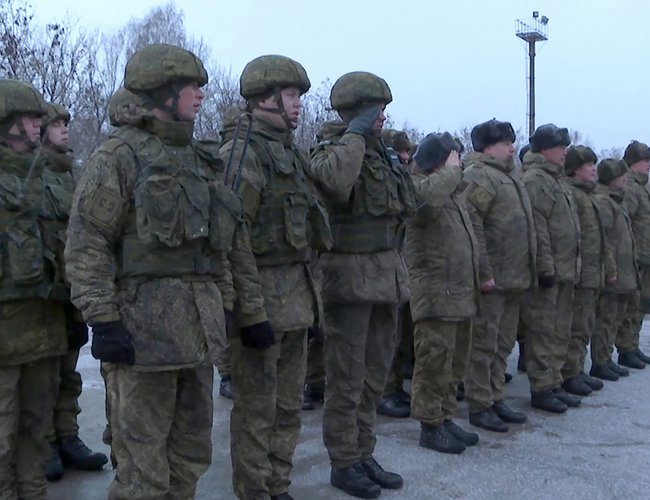 A security advisor to US President Joe Biden has suggested that Russia could mount a military invasion of Ukraine during the ongoing Beijing Olympics.

But White House National Security Advisor Jake Sullivan stressed the US is seeking a diplomatic solution to the tensions over Russia's troop buildup along the border with Ukraine.

Sullivan spoke in an interview with ABC News on Sunday and said, "We believe that there is a very distinct possibility that Vladimir Putin will order an attack on Ukraine."

He said President Putin "has put himself in a position with military deployments, to be able to act aggressively against Ukraine at any time now."

But Sullivan added, "We are working hard...to send a clear message to Russia that we are prepared to walk the diplomatic path to address our mutual security concerns if they are prepared to do so."

Chinese President Xi Jinping met Putin in Beijing on Friday just hours before they attended the opening ceremony of the Olympics. Xi expressed support for Russia's stance regarding the Ukrainian situation.

Asked about the Russia-China summit, Sullivan said that "if China is seen as having supported" a Russian invasion of Ukraine, "it will come at some cost to China as well in the eyes of the world, in the eyes of Europe and in the eyes of other countries who are looking on now."

Ukraine welcomes US Offer Of Long-Range Rockets By Agencies 17 hours, 24 minutes ago

US Shoots Down China's Balloon, Says Defense Department By Agencies 17 hours, 39 minutes ago