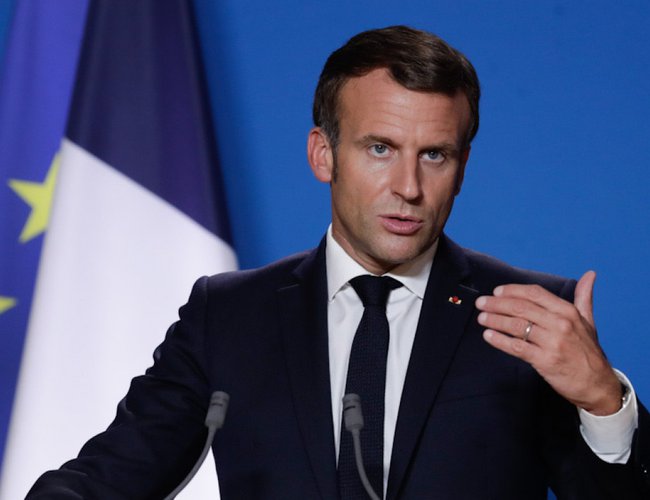 French President Emmanuel Macron said the next few days will be crucial in the effort to de-escalate the Ukraine crisis. Macron traveled to Moscow on Monday to discuss the situation with Russian President Vladimir Putin.

The two leaders wrapped up their meeting, which lasted over five hours.

Speaking to reporters, Macron said, "The first priority is to work fast to avoid escalation. The growing tensions increase the risk of seeing a brutal deterioration of the continent's balance of power and stability."

Tensions are rapidly rising as Russia continues its military buildup on the Ukraine border.

Putin said Macron's ideas on European security are realistic, and said some progress had been made in their meeting.

He said, "The French President wanted to come to Russia to share his opinions about what we should do next. While it's too early to speak about his ideas and proposals, some of them could form the basis for further joint steps."

The two leaders plan to speak again after Macron meets with Ukraine's president on Tuesday.

Over 1,500 Die In Devastating Earthquake In Turkey By Agencies 4 hours ago