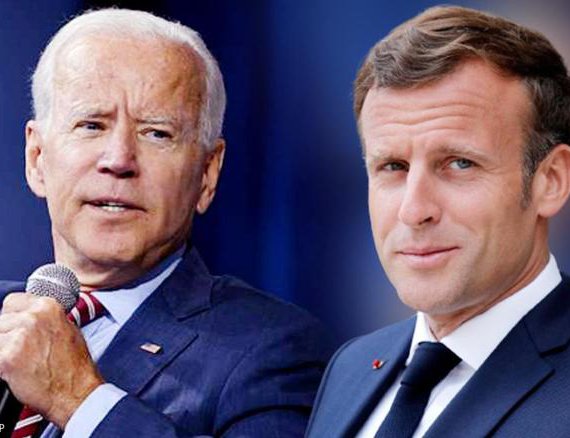 French President Emmanuel Macron spoke by phone with his US counterpart Joe Biden on Wednesday to brief him on his recent visits to Russia and Ukraine.

The French and US governments said Macron explained what he discussed in his separate meetings with Russian President Vladimir Putin on Monday and Ukrainian President Volodymyr Zelenskyy on Tuesday.

Macron and Biden reportedly affirmed that France will continue dialogue using a four-way framework with Russia, Ukraine and Germany, in order to achieve a breakthrough in the Ukraine crisis.

The two leaders are also believed to have confirmed that France will seek to implement a ceasefire agreement in eastern Ukraine, where fighting continues between government forces and pro-Russian armed groups.

White House Press Secretary Jen Psaki told reporters on Wednesday that Biden will pursue dialogue with European leaders to deal with Russia. She said, "We're looking at actions here, and we have not seen de-escalatory actions by the Russians."

Ukraine welcomes US Offer Of Long-Range Rockets By Agencies 4 hours, 18 minutes ago

US Shoots Down China's Balloon, Says Defense Department By Agencies 4 hours, 33 minutes ago