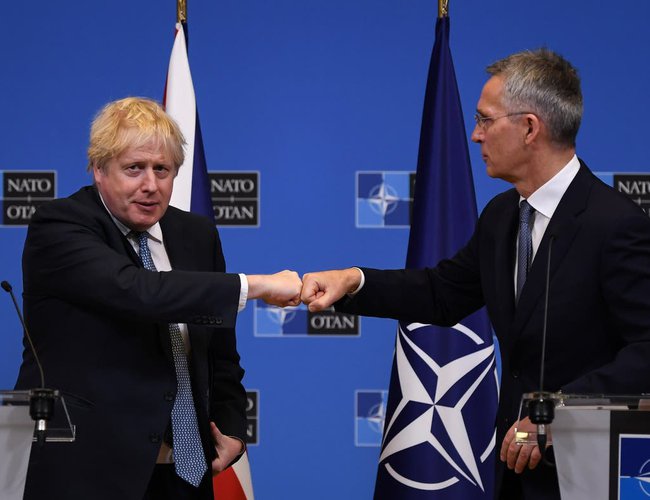 British Prime Minister Boris Johnson met with NATO Secretary General Jens Stoltenberg in Brussels on Thursday in his latest push for a diplomatic solution to the crisis in Ukraine.

Johnson has come under fire for parties at 10 Downing Street during lockdown that have shaken his grip on power. But he told Stoltenberg that his country's commitment to the security of Europe is "unconditional and immovable."

Johnson said this is the "most dangerous moment" in the biggest security crisis in Europe in decades. He warned the stakes are "very high."

Stoltenberg revealed he sent a letter to Russian Foreign Minister Sergey Lavrov, repeating his invitation to hold talks. But he said NATO won't compromise on protecting its allies.

Johnson ordered hundreds of British soldiers to support NATO forces. He promised to send 1,000 more in the event of a humanitarian crisis from any Russian aggression.

The British are also training Ukrainian troops on how to use the weapons the UK has given them.

Russia Military Advances To Control Another City In The Eastern Ukraine By Agencies 12 hours, 58 minutes ago