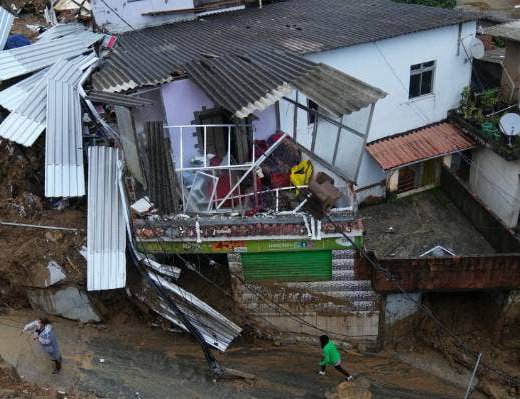 Massive mudslides in the suburbs of Rio de Janeiro have left dozens dead.

Firefighters and others are continuing to search for many people who reportedly remain missing.

The mudslides occurred in the city of Petropolis in southeastern Brazil on Tuesday.

Petropolis is a highland resort area where residences are built on mountainsides.

Torrents of mud can be seen gushing onto roads and sweeping cars away.

Some 260 millimeters of rain reportedly pounded the region within about three hours. Local authorities remain on guard and have evacuated nearby residents, citing the possibility of more downpours.

Since December, Brazil has been hit by massive rains that have had disastrous consequences in a range of areas, including Sao Paulo state, also in the country's southeast.

Ukraine welcomes US Offer Of Long-Range Rockets By Agencies 18 hours, 19 minutes ago

US Shoots Down China's Balloon, Says Defense Department By Agencies 18 hours, 34 minutes ago