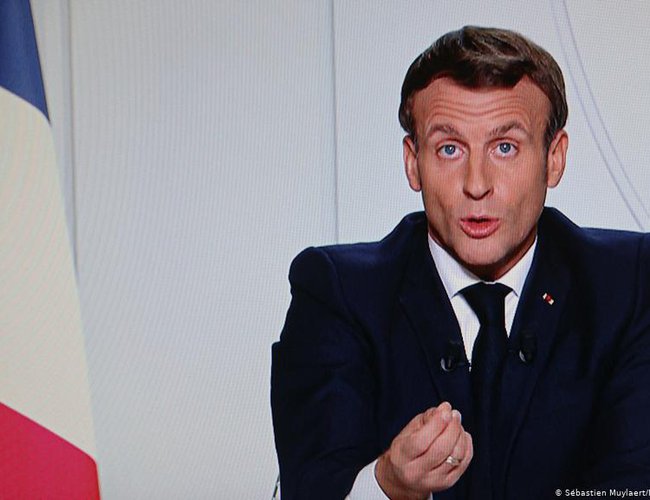 The two leaders talked by phone on Sunday, while the United States and its allies become increasingly alarmed about a possible invasion of Ukraine by Russian forces.

The French presidential office says the two leaders agreed to work toward resuming talks between Russia and Ukraine for a ceasefire between Ukrainian government forces and pro-Russian armed groups in eastern Ukraine.

However, the Russian presidential office says Putin noted that "provocations from Ukrainian militants were the reason for the escalation."

Putin also reportedly said "the modern weapons and ammunition being sent to Ukraine by NATO member countries" are causing the situation to deteriorate.

In a separate phone call on Sunday, Macron talked with Ukrainian President Volodymyr Zelenskyy. They reportedly confirmed that they will respect a ceasefire in eastern Ukraine.