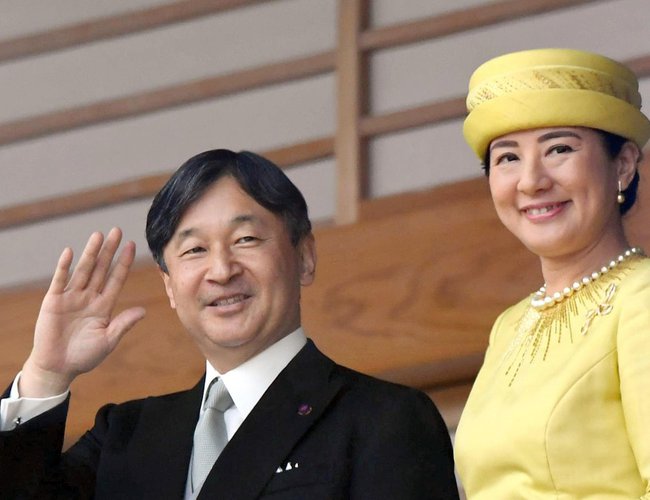 Ahead of his birthday, he expressed his thoughts to the media at the Imperial Palace in Tokyo.

The Emperor said his heart aches when he thinks about the people who have lost their jobs due to the coronavirus pandemic and are struggling financially or facing deeper isolation.

While expressing gratitude to those workers supporting people's lives and livelihoods, the Emperor said he is convinced that the current hardship can be overcome if people continue to sympathize, share their pain, and support one another for a little longer.

Touching on the Tokyo Olympics and Paralympics last summer, the Emperor said he respects the efforts made by everyone involved in safely holding the Games.

He said he believes many people must have drawn fresh hope and courage as they watched the athletes giving their very best.

The Emperor also mentioned Okinawa, which is marking the 50th anniversary of its return from US rule this year. During World War Two, the prefecture was the scene of a fierce ground battle that left over 200,000 people dead.

The Emperor said he intends to once again review Okinawa's path, and keep his heart close to the land and people of the prefecture.

For the second year in a row, Emperor Naruhito will not greet the public or hold a banquet to mark his birthday. Scaled down ceremonies will be staged at the palace.

Russia Military Advances To Control Another City In The Eastern Ukraine By Agencies 13 hours, 1 minute ago