Biden Responds To Attack On Ukraine

Biden Responds To Attack On Ukraine 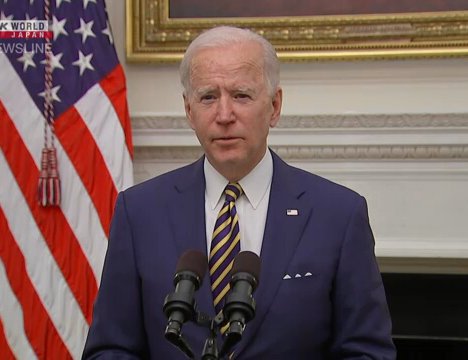 US President Joe Biden has promised to hold Russian President Vladimir Putin accountable for the invasion of Ukraine. He outlined a package of sanctions on Thursday that he said would "cost Russia dearly."

Biden had already cut off western financing to the Russian government and targeted two large financial institutions. He laid out sanctions on four more banks.

He said every asset the Russians have in the US would be frozen.

Russia's largest state-owned enterprises will be restricted from raising money through US and European investors. Russian elites and their families are also being targeted.

Biden said sanctions against Putin himself are "still on the table" though he did not provide any details. Still, he said all these measures would be a "major hit to Putin's long-term strategic ambitions."

Biden said the US would also take more steps to defend NATO allies. But he made it clear that American soldiers will not fight in Ukraine.