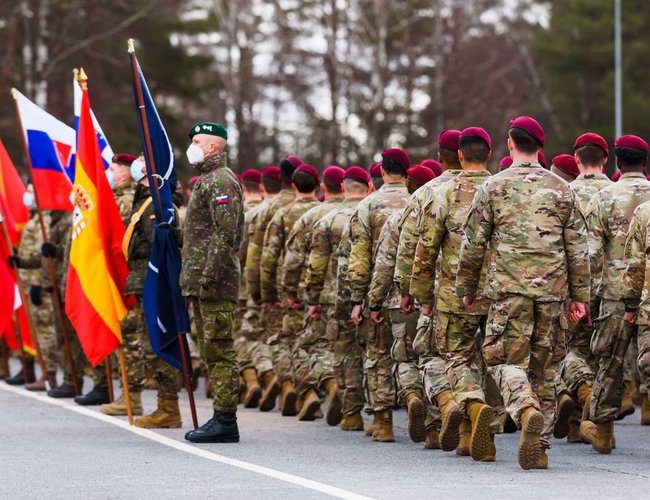 NATO leaders have authorized the deployment of the alliance's Response Force team for the first time. The move comes in response to Russia's invasion of Ukraine.

The unit has 40,000 troops and consists of land, air, and naval forces.

NATO Secretary General Jens Stoltenberg didn't say how many soldiers would be deployed. But he said Russia has shattered peace in Europe and that the people of Ukraine are fighting for their freedom in the face of Moscow's unprovoked invasion.

Thousands of soldiers from the US, Canada, and European nations have already been sent to shore up NATO's eastern flank. They will not enter Ukraine because it is not a member of the alliance. But NATO will provide more weapons and equipment to Ukrainian forces.

NATO leaders also released a statement saying they made every effort to pursue a dialogue with Russia. They say they invited Russian officials to sit down for talks repeatedly but received no response. They also described statements out of the Kremlin as a "barrage of lies."

President Biden In State of Union Exhorts Congress: ‘Finish The Job’ By Agencies 46 minutes ago