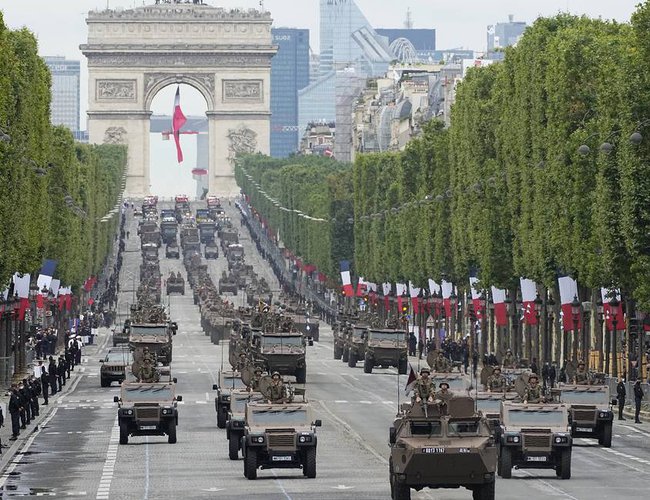 France is set to toughen economic sanctions against Russia and increase its supplies of military equipment to Ukraine, Agence France-Presse (AFP) reported, citing a statement of the presidential administration.

During a session of the country’s security and national defense council on Saturday evening, French President Emmanuel Macron "made a decision to toughen economic and financial sanctions in coordination with European countries and the United States."

Besides, he is determined to take "measures to freeze financial assets" of Russian public figures on the national level.

A decision was also made "to organize additional supplies of military equipment to the Ukrainian authorities, and to provide fuel assistance," the presidential administration said.

Late on Saturday, Germany announced its first weapons supplies to Ukraine, saying that it will deliver 1,000 antitank weapons and 500 Stinger missiles to the Ukrainian armed forces. Earlier in the day, Germany permitted the Netherlands and Estonia to send old German-made missiles to Ukraine. Prior to that, Berlin strongly rejected the possibility of such deliveries and refused to authorize supplies of German-made weapons by third countries.

Russian President Vladimir Putin said in a televised address on February 24 that in response to a request by the heads of the Donbass republics he had made a decision to carry out a special military operation in order to protect people "who have been suffering from abuse and genocide by the Kiev regime for eight years." The Russian leader stressed that Moscow had no plans of occupying Ukrainian territories. Its objectives are demilitarization and denazification of the country.