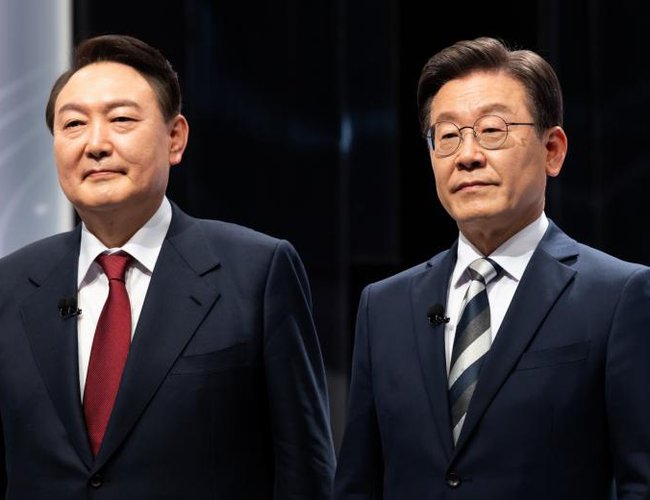 Ahn, who ranks third in the polls, announced he would drop out of the race and back Yoon.

Ahn had first proposed merging their candidacies to Yoon in February. But he told reporters a week later that he hadn't gotten a response from Yoon and would continue his campaign.

Yoon and Lee Jae-myung of the ruling Democratic Party are neck-and-neck in the latest opinion polls. Observers believe Yoon's agreement with Ahn may affect the result of the election, which is just six days ahead.

Beijing Grapples With 'Zero-COVID' Unrest By Agencies 9 hours, 39 minutes ago