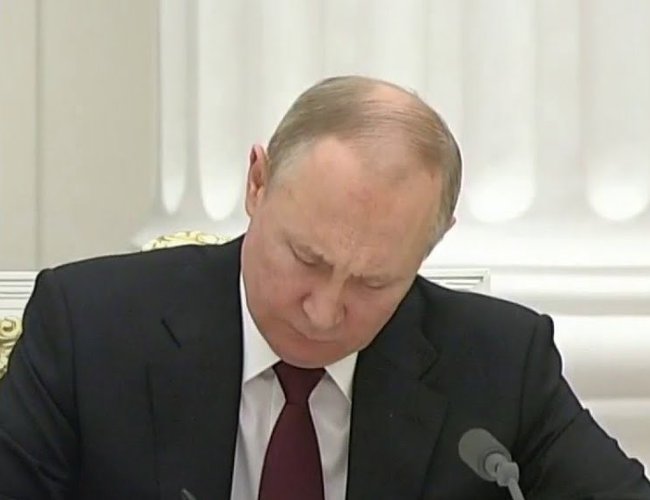 Even as the key city of Mariupol, surrounded by Moscow's forces, continues to face a deteriorating humanitarian crisis without power supply, water and heating, Russian President Putin claimed the war was going according to the plan.

"The special military operation in Ukraine is going according to plan, in strict accordance with the schedule. All tasks are being successfully carried out," Putin said in his Security Council broadcast on state television.

Russian forces are trying to blockade the southeastern Ukrainian port city of Mariupol, knocking out power, water and heating supplies with a bombardment that is preventing residents from fleeing, local authorities said on Thursday.

As Russia's invasion of Ukraine enters its second week, the port city is seeing some of the fiercest fightings with constant shelling for the past 24 hours, Mayor Vadym Boichenko said in a video broadcast.

The city authorities likened the Russian onslaught to Nazi Germany's protracted deadly siege of the then-Soviet city of Leningrad during World War Two.

"Mariupol remains under fire. Women, children and the elderly are suffering. We are being destroyed as a nation. This is genocide of the Ukrainian people," the city's council said in a statement.

President Biden In State of Union Exhorts Congress: ‘Finish The Job’ By Agencies 2 hours, 41 minutes ago