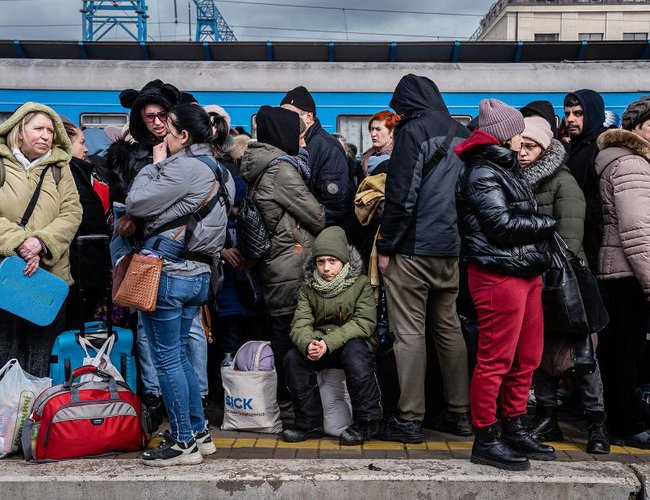 Officials in the southeastern Ukrainian city of Mariupol say they have postponed the evacuation of residents for security reasons because of continued Russian shelling.

Russia's defense ministry earlier announced it would observe a temporary ceasefire and open humanitarian corridors in Mariupol and surrounding areas on Saturday to allow residents to evacuate.

The announcement came as the Russian military and pro-Russian separatists were intensifying their offensive against Mariupol, which is one of the key strategic points in eastern Ukraine.

Ukrainian and Russian negotiators agreed on the provision of humanitarian corridors for the evacuation of civilians during their talks on Thursday.

Authorities in Mariupol are accusing Russia of continuing to attack the city in violation of the agreement.

The Russian defense ministry claims it is Ukrainian troops that have launched attacks.

Russian troops have also seized a nuclear power plant in southeastern Ukraine -- the largest in Europe.

Russian presidential spokesperson Dmitry Peskov has talked to the media about ceasefire negotiations between Russia and Ukraine.

He said Russia wants to see that the neutral status of Ukraine is fixed in its Constitution.

He added that Russia wants to have guarantees that weapons capable of changing the security balance in Europe will not be deployed in Ukraine.Russian President Vladimir Putin has suggested that a third round of negotiations will be held as early as this weekend.

Putin has repeatedly demanded the demilitarization and neutralization of Ukraine as conditions for a ceasefire.

Russians Advance On Bakhmut As Allies Mull Jets For Ukraine By Agencies 14 hours, 28 minutes ago