Russia, Ukraine End 3rd Round Of Talks, No Breakthrough Yet

Russia, Ukraine End 3rd Round Of Talks, No Breakthrough Yet 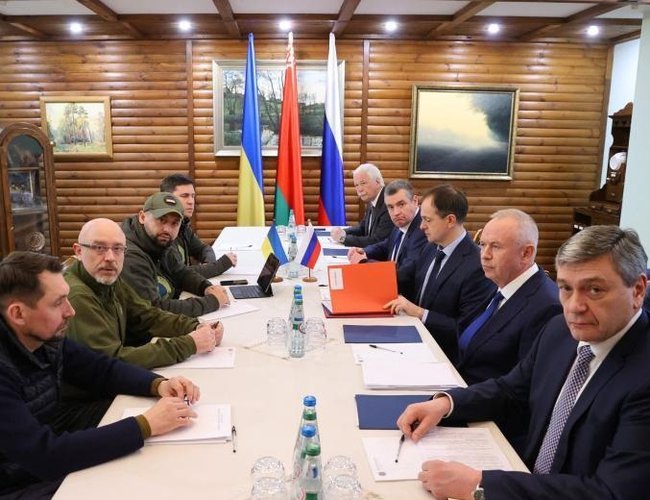 Russia and Ukraine again failed to narrow their differences as they ended their third round of ceasefire negotiations.

Delegates from the two countries met on Monday in western Belarus near the border with Poland, as Russia continued its aggression against Ukraine.

The Office of the UN High Commissioner for Human Rights says at least 406 civilians, including 27 children, have been killed across Ukraine since the start of the invasion.

Russia's defense ministry announced on Monday its troops would hold their fire and open evacuation routes for civilians in four Ukrainian cities -- the capital Kyiv, Kharkiv and Mariupol in the east, and Sumy in the northeast.

But evacuations have failed for the third straight day as each side blamed the other for the failure.

Vladimir Medinsky, the head of the Russian delegation, said their expectations from the talks have failed, but that they hope that they could make a more significant step forward next time.

Presidential advisor Mykhailo Podoliak of the Ukrainian delegation only noted there was a small progress in the attempt to open humanitarian corridors in Ukraine.

Meanwhile, the Turkish government announced that it will invite Russian and Ukrainian foreign ministers, Sergey Lavrov and Dmytro Kuleba, for three-way talks in Turkey on Thursday.

Russia insists Ukraine's demilitarization and neutralization are conditions for a ceasefire, while Ukraine demands an immediate ceasefire.

Beijing Grapples With 'Zero-COVID' Unrest By Agencies 9 hours, 44 minutes ago