The Holi Festival or “Phagu Purnima” is considered to be a farewell to winter and a welcoming of spring and summer. 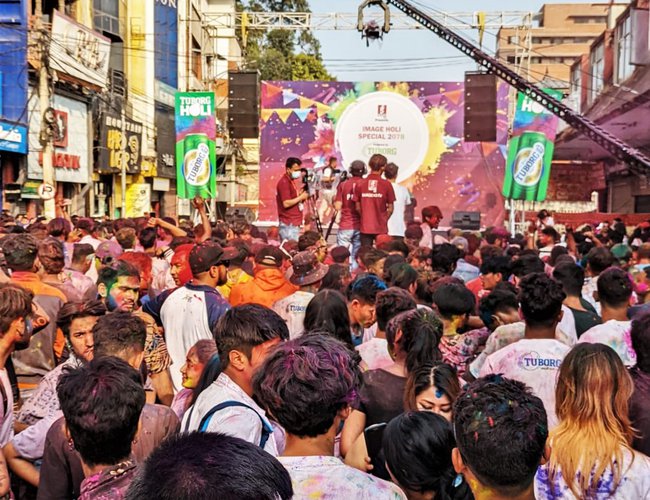 Nepal witnessed a very special day yesterday. On Thursday 17th, March 2022, the Holi festival was celebrated in Kathmandu. Children had been celebrating since the week before, and some people will continue to do so today as well. But yesterday, you could find colorful people from Thamel to Patan, from Kathmandu Durbar Square to Bhaktapur and all around the streets. Over 1500 police officers had been deployed to cover the celebrations, known to go wild sometimes. After the last two years of a “covid-ed” festival, people were more than happy to let loose for the day and enjoy each other company. 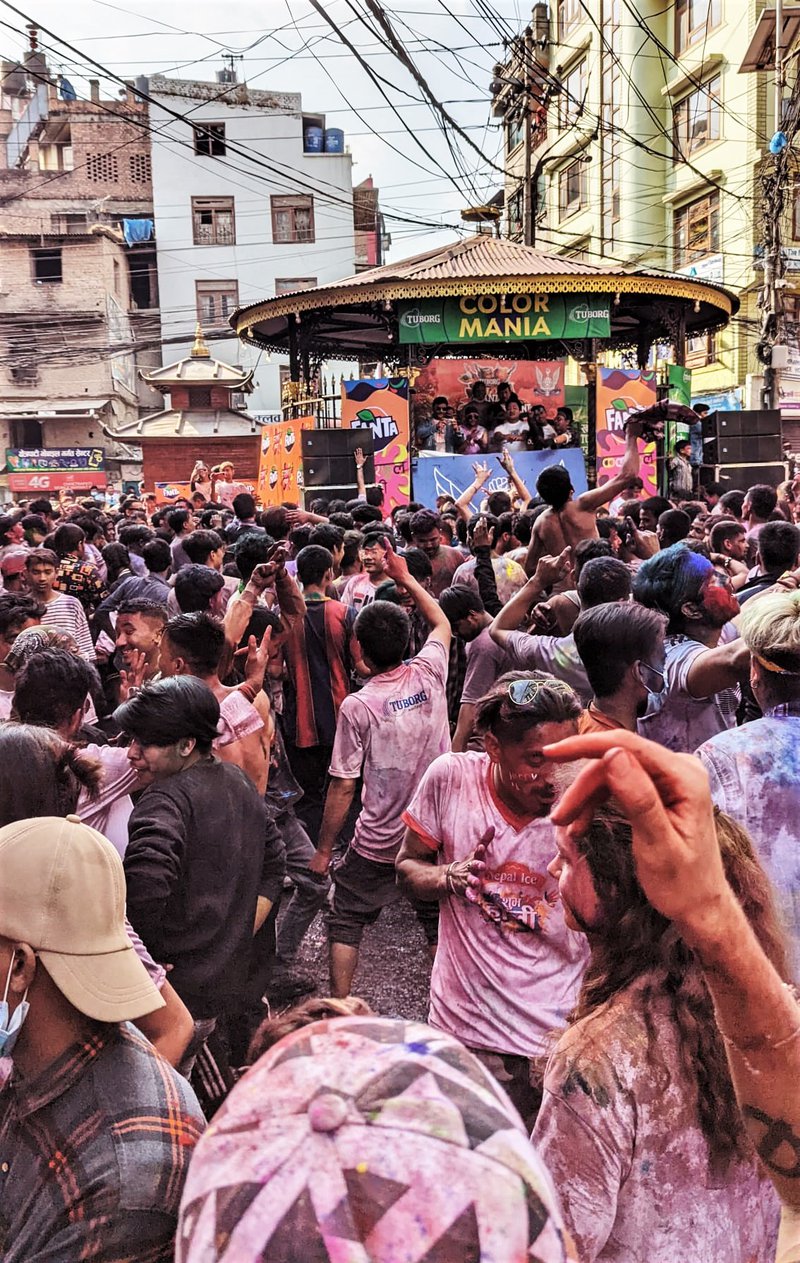 The Holi Festival or “Phagu Purnima” is considered to be a farewell to winter and a welcoming of spring and summer. It is the festival of friendship, love, and colors. Different stories or variations of stories exist regarding Holi, but the most common one is the story of Holika. King Hiranyakashipu would not allow people to worship Vishnu, but his son Prahlada opposed him with his devotion to the Lord Vishnu. Because of that, his father and his sister (Holika) tried to kill him by fire. Indeed, Holika (Pralada’s sister, a demon) was supposed to be indifferent to fire and so she took her brother on her knees and went into the flames. However, Lord Vishnu blessed Prahlada for his loyalty and Holika died in the fire while her brother survived. This is why Holi is the celebration of the victory of the good against evil. It allows us to remember that there is always hope to those who never lose faith, may that be in deities, life, people or whatever you choose to believe in. The various meanings and interpretations behind Holi make it even more joyful because it feels like a common story is written again every year, full of brightness and glee.

During Holi in Kathmandu’s Valley, most of the stores are closed and their managers are off to have a good time. This year, music, dancing and singing could be found around Thamel or in Durbar Square as well with crowds of hundreds of people spreading colors on each other’s face. Some were selling packs of colored powder in the streets, some others were throwing water balloons from their windows and some would even flood the street from their rooftop with their garden hose. That is to say, you had no chance of staying clean and anyway, the dirtier you were, the better it was! People of every age, every cast, and every country gather around the desire to share a peaceful, joyful day. The magnificence and the multitude of colors unite people more than nationality ever could. You are drowning in a life without worries, even for just a few precious moments. You hear French, Nepali, English, Danish, and Spanish all over the streets, yet the universal language is the smiles you give and are given all day long. Suddenly, Kathmandu is covered not with gases, but with clouds of purple, yellow, blue, with rainbow clouds that delight bystanders. Holi is really the time to dance with strangers as if they were longtime friends, to gather in a group of foreigners and wander the festivities together, to be equal with each and every person you see for they will be as smeared with colors and joy as you are. 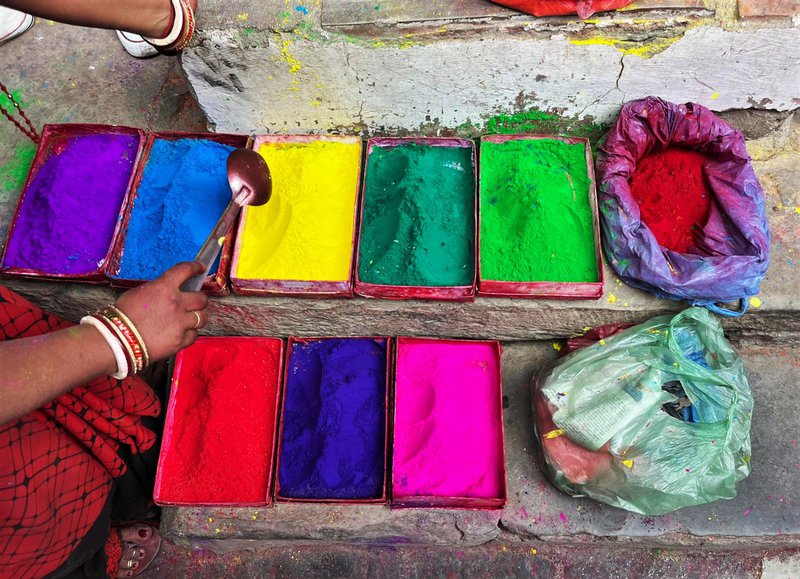 There are, however, several downsides to this great festival that need to be mentioned and, hopefully, resolved soon. Firstly, it is honestly an environmental disaster with the plastic balloons exploding all around the streets plus the chemicals in the colors that will undoubtedly end up in the river. Moreover, it brings up a health issue, with the colors, as chemicals can damage your skin and your general health. Holi used to be celebrated with colors extracted from flowers and herbs and they were used as medicine for the illnesses brought on by the transition from winter to spring. Finally, in this time, there were concerns from the government about the possibilities of an increase of Covid cases because of the festival as everyone was touching the other’s faces, but the reality of it is that no matter what, people needed this day, needed the crowd, needed to celebrate again. Of course, it does not erase all problems, but at least for a day, 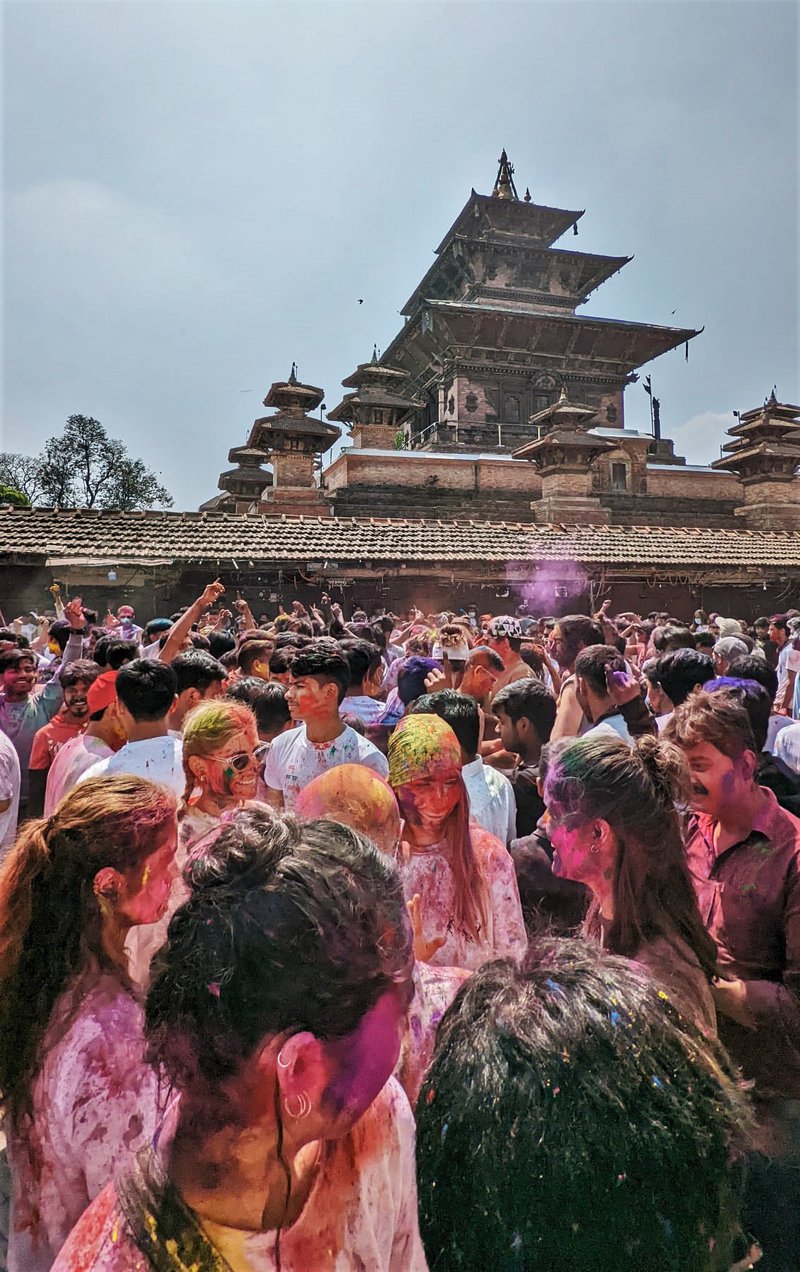 everyone can claim to have a good laugh and lose oneself in the abundance of kindness that Holi brings.

This festival, for me, is benevolence at its paroxysm. A « Happy Holi! » day indeed.

Fanny is an intern from France