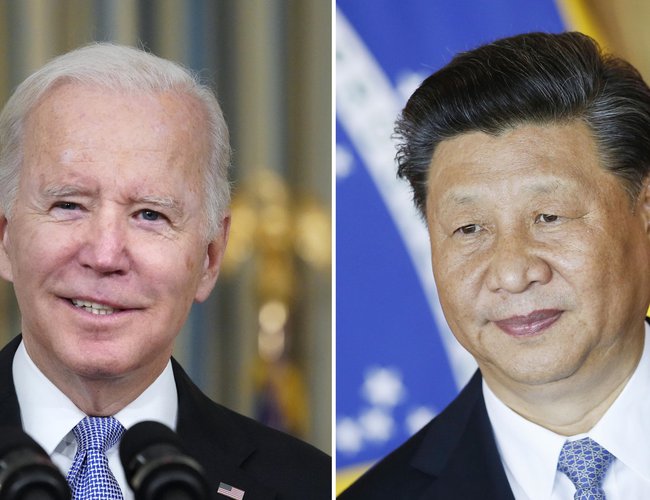 Advisors to US President Joe Biden fear the Russians may have turned to China for help. The President met with his Chinese counterpart Xi Jinping to find out where he stands.

Biden and XI spoke over video for nearly two hours. It was the first time they talked since the Russians began the invasion of Ukraine.

White House Press Secretary Jen Psaki said Biden warned Xi against giving any help to Russian President Vladimir Putin. She said the president detailed what the implication and consequences would be if China provides material support to Russia.

Chinese foreign ministry officials said Xi told Biden that the crisis is not something they want to see.

Xi said conflict and confrontation are not in anyone's interest. He added that China shoulders its share of international responsibilities to work for peace.

Biden is scheduled to discuss the invasion during meetings next Thursday in Brussels. He will gather with leaders from NATO, the Group of 7 nations, and the European Union.

Over 1,500 Die In Devastating Earthquake In Turkey By Agencies 5 hours, 31 minutes ago