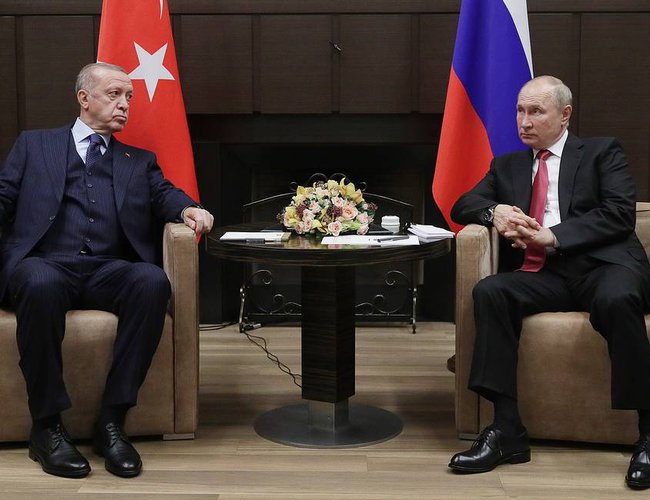 Russian and Turkish Presidents, Vladimir Putin and Recep Tayyip Erdogan, have agreed to organize the next round of talks between the Russian and Ukrainian delegations in Istanbul, the Turkish presidential office said on Sunday after their telephone conversation reports TASS.

"During the call, the presidents discussed the latest developments in the Russian-Ukrainian war and the negotiating process. President Erdogan and President Putin agreed to organize the next meeting between the Russian and Ukrainian delegations in Istanbul," it said.

According to TASS, Turkish President Recep Tayyip Erdogan told his Russian counterpart, Vladimir Putin, that his country will continue its mediatory efforts to establish peace between Russia and Ukraine, the Turkish presidential office said.

"President Erdogan stressed the necessity of reaching truce and peace between Russia and Ukraine as soon as possible, and of improving the humanitarian situation in the region. He added that Turkey will continue to make its contribution to this process," it said.

Meanwhile, Russian presidential aide Vladimir Medinsky, who leads the Russian delegation to the talks, wrote on his Telegram channel earlier on Sunday that a regular round on online talks with Ukraine was held on Sunday. The sides, in his words, agreed to meet offline on March 29-30 reports TASS.

Zelenskyy Meets With EU Leaders By Agencies 4 days, 6 hours ago