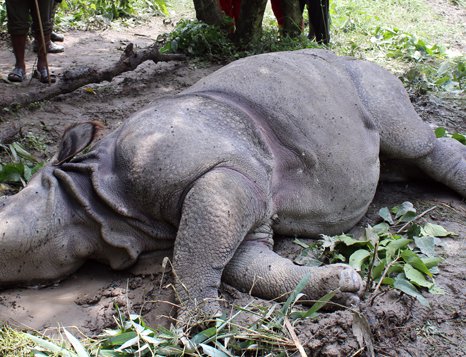 With the recovery of a dead one-horned rhino at Madi Municipality-1 in Chitwan district, a total of 33 rhinos died in the Chitwan National Park in the current fiscal year.

According to RSS, the body of the rhino was recovered some 300 metres north from the Riyukhola bridge in the municipality.

According to Information Officer at Chitwan National Park Ganesh Prasad Tiwari, the rhino of 29 years was found dead at around 7:00 am on Sunday.

The Park officials said the horn and hooves of the rhino are intact. With this, a total of 33 rhinos died in the Chitwan National Park in the current fiscal year.