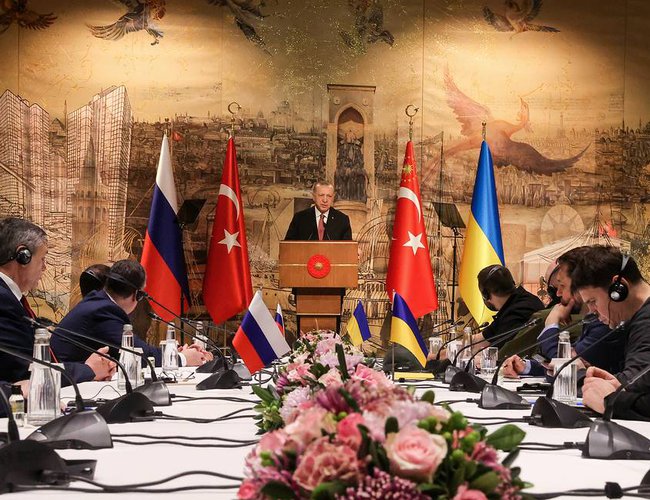 He said Moscow made two de-escalatory steps. One was offering to hold a meeting between presidents Vladimir Putin and Vladimir Zelensky simultaneously with the initialing of a peace treaty by their Foreign Ministries, or earlier than planned before. In the other step, Russian troops would drastically reduce their activities toward Kiev and Chernigov.

The talks were supposed to last two days - March 29 and 30 - but sources in the Russian delegation and the Turkish Foreign Ministry said the round was over and the meeting on Wednesday was off.

TASS has put together the highlights that’s been reported about the outcome of the latest round of talks.

The Russian delegation in Istanbul has received from their Ukrainian counterparts a "clearly phrased position," Medinsky said. Kiev’s proposals, he said, will be studied in the near future and reported to the president, and then Moscow will come back with a response.

In addition, the official said, Russia is making two de-escalation steps, in the political and military areas. The first step is that Russia is offering Kiev to move forward the possible meeting between the countries’ leaders. While initially Putin and Zelensky were supposed to meet after their Foreign Ministries initial a peace treaty, now these two events are proposed to be held simultaneously reports Tass.

Over 1,500 Die In Devastating Earthquake In Turkey By Agencies 4 hours, 56 minutes ago