Blinken And Austin Visit Kyiv For Talks With Zelenskyy

Blinken And Austin Visit Kyiv For Talks With Zelenskyy 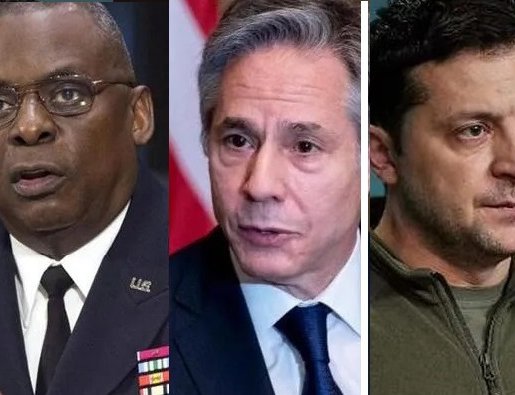 Western media reported the visit by the two senior US officials to Ukraine, citing an adviser to Zelenskyy who spoke late on Sunday.

It's their first visit to the Ukrainian capital since the Russian invasion of the country began two months ago.

At a news conference held earlier, Zelenskyy said that he will discuss with Blinken and Austin US military assistance to Ukraine, and other issues.