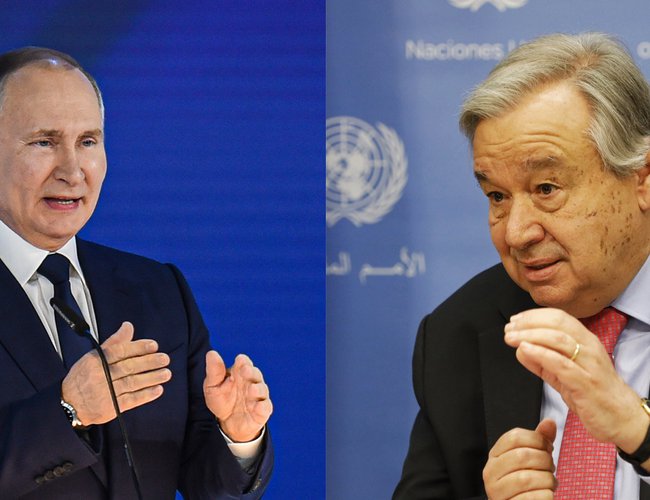 UN Secretary-General Antonio Guterres is continuing his efforts to broker an end to the fighting in Ukraine. He met Russian President Vladimir Putin for the first time since the start of the invasion reports International media.

According to media report, Guterres criticized Russia for its role in instigating the violence. He urged Putin to do more to help civilians caught in the fighting, particularly those trapped in the besieged city of Mariupol.

UN officials said Putin agreed to the idea "in principle." The effort would involve the UN and the International Committee for the Red Cross.

Putin said he is still seeking a peaceful resolution. He said negotiations are taking place in an online format and hopes they will lead us to a positive result.

However, he claimed the Ukrainian side has walked back some of the agreements made during negotiations last month in Turkey.

Guterres had earlier met with Russia's Foreign Minister Sergei Lavrov and called for a ceasefire.