As the monsoon season just one and half months away, Nepal Electricity Authority (NEA) hopes to end electricity shortage soon 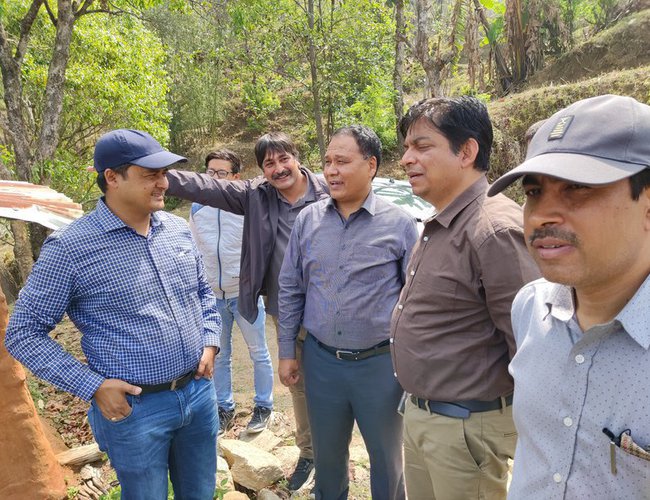 This year, India's peak power demand breached all records to touch 207 GW on May 3 and it is going high due to increasing heat. Official data showed coal stock availability of 21 million tons (MT), enough for nine days, at power stations.

As a net importer of over 300 MW during the dry season, Nepal has no option other than to manage the current level of available energy with equitable and efficient manner.

In her recent meeting with industrialists about the power supply problem in some big industries, Minister for Energy, Water Resources and Irrigation Pampha Bhusal

sought reasons for power outage in industrial areas with the officials of Nepal Electricity Authority and Federation of Nepalese Chambers of Commerce and Industry (FNCCI).

Managing Director of Nepal Electricity Authority Kul Man Ghising urged the industrialists not to panic, and said, “The current problem is only for two or four days. Don’t panic, it will be resolved.”

During the discussion, president of the FNCCI Shekhar Golchha informed about the problems of power supply. He said, “There is a problem in power supply, the government has to solve it.”

There Is No Load shedding: Ghising

With the rapid rise in power demand in domestic market, India has stopped its export to Nepal. Looking carefully, NEA took an immediate step to manage the supply of electricity on the basis house production.

“The NEA has not been able to supply electricity to the industries round the clock for three days as India could not supply the required electricity to the Nepal Electricity Authority (NEA) and reduced power generation in Nepal,” said Kul Man Ghising, managing director of NEA.

He said that the NEA was compelled to cut power in the industries up to 12 hours at night (from 6 pm to 6 am) after it was unable to purchase enough electricity from the Indian energy market.

He, however, said that NEA is effortful to provide maximum electricity to the industries based on the import from India through the Indian Energy Exchange and bilateral agreement.

"India has not been able to supply enough electricity for the past three days due to the energy crisis. The supply system in India is in disorder due to rising coal prices in the international market and rising demand for electricity in the Indian energy market. Due to this, we could not buy enough electricity and the problem came," he said. 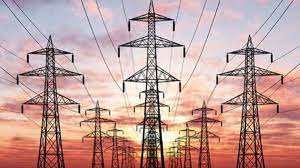 It means, the energy trading in IEX has dropped by almost six times due to short supply of coal and rise in its price, Ghising said.

"Despite being a competitive market, the maximum price has been fixed at IRs. 12 in the IEX. All the bidders have been bidding at IRs. 12. The power is being provided in proportion to bidders based on their quotation. We can only bid a maximum of 500 MW. We get around 80 to 100 MW from IEX," he said.

In the meantime, electricity generation in Nepal has also dropped by around 150 MW over the past few days due to declining water level in the rivers. At present, Nepal's production is 900 MW. Around up to 1,400 MW electricity is being generated during peak hours using the Upper Tamakoshi Hydropower Project.

However, Nepal's demand is 1,500 to 1600 MW. Up to 300 MW of electricity is being imported from India on an average to meet the demand of production and supply, he said.

The demand for electricity in the Indian market has surged since April. Earlier, the demand in India was 180,000 MW but now it has reached 200,000 MW.

Due to this, there is no electricity in the exchange market of India, said Ghising.

Nepal has been buying electricity from India through three channels, IEX, the state of Bihar and Power Trade Corporation. However, now that India is going through a power crisis, it has been impossible to buy electricity through these three means.

Even though NEA was compelled to cut power for industries for a few weeks, there is an opportunity for the country to reap benefits by exporting electricity to India after a month, he said.

"Our power generation will increase significantly and will exceed the demand after July 2022.

We can sell energy at a competitive rate through the IEX as there is a projection the energy crisis in India will linger for a few months due to Ukraine and Russia war," he said.

According to Ghising, the NEA is still working to increase electricity consumption even though there is a problem in supply during the dry season as power generation will be wasted during the rainy season.

The power supply to the industrial corridors has been so erratic that large industrialists have suggested the Nepal Electricity Authority cut off power for two days if it can ensure smooth supply for the remaining five days of the week.

The umbrella body of the Federation of Nepalese Chamber of Commerce and Industries (FNCCI) and industrialists of the Sunsari-Morang corridor have jointly handed over a 10-point memorandum to the NEA stating its demands and concerns over the issue.

The country's industrial sector that had been badly affected due to the coronavirus pandemic and rising bank interest rates is now grappling with unscheduled power cuts of up to 12 hours a day and voltage fluctuations that have resulted in damages to the machinery, among other hassles.

Confederation of Nepalese Industries Province 1 President Bhim Ghimire said that the industrialists were ready to shut production for two days if the NEA can ensure proper management and regular power supply for the rest of the week.

Stating that a proper supply of power is a must for the production sector, Ghimire stressed that the employment and economy of the country could be in peril if problems in the energy sector were not addressed promptly. The NEA is struggling to meet the domestic energy demands as India has decided to stop power export to Nepal for a few days following the rise of coal prices in the international market. 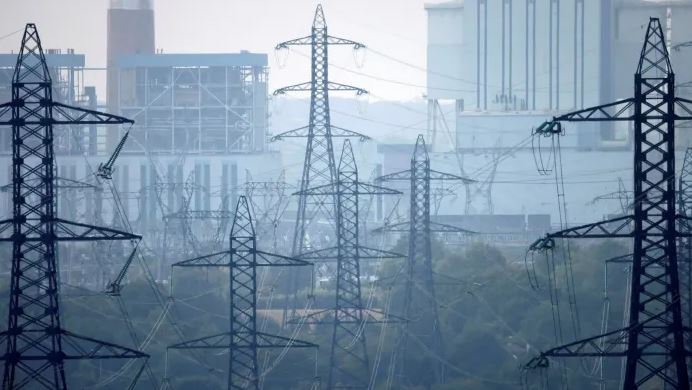 According to NEA Spokesperson Suresh Bahadur Bhattarai, the acute shortage of coal in India has led the southern neighbor to halt power exports for a few days and there is currently shortage of energy traders in the Indian energy exchange market.

According to him, out of the demand for 32,000 to 33,000 MW hours per day, about 12,000 MW hours of energy used to be imported from India, with the rest being fulfilled from our own resources.

India has notified about the cut in power supply for three days due to increase in domestic demand.

In the memorandum, industrialists have demanded an immediate release of a fixed load-shedding schedule, prompt solution to the problem of tripping and load-shedding, and that the NEA should bear the responsibility in case of any damage to industries due to power fluctuations.

It states that industrialists of Province 1 are facing losses amounting to billions of rupees due to power outages.

NEA spokesperson said the two-day power cut would let industries carry out their maintenance works. "There is no alternative to power cuts," he said, adding that the situation will likely persist for two more weeks, after which the country's power generation is expected to surge and suffice to cater to the domestic demand.

The country's households and small industries, however, will not have to face any power outage, he assured.

Good news for all concerned is that the snow has started melting and domestic electricity generation will likely increase from the next week. As the monsoon is approaching, Nepal will have surplus electricity within two months.

Whatever one can say, thanks to MD Kulman Ghising’s strategy Nepal has averted the prolonged power cut this time. Had not MD Ghising applied managerial skills dividing electricity between consumers and industrialists in an equitable manner, Nepal’s power cut would have been much worse than the present one.

Finance Ministry Cut The Budget Of Purchasing Newspapers And Printing Under its Austerity Measures By Agencies 11 hours, 49 minutes ago