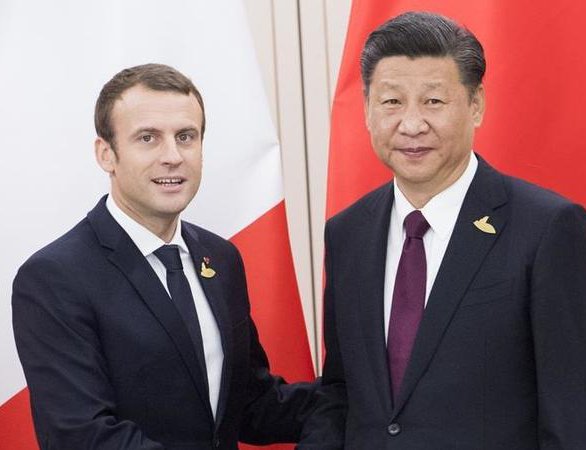 Chinese President Xi Jinping and French President Emmanuel Macron have affirmed that the conflict in Ukraine should be resolved through peaceful means reports International media.

Macron and Xi spoke over the phone on Tuesday.

The Chinese Foreign Ministry said the two leaders agreed that "the relevant parties should support Russia and Ukraine in restoring peace through negotiations."

The ministry also said Xi urged "vigilance against bloc confrontation, which poses a bigger and more persistent threat to global security and stability."

He is believed to have been referring to military assistance to Ukraine by the United States and other NATO members.

The French presidential office said Macron reiterated his support for Ukraine, saying that people in the country are facing a grave situation due to Russia's aggression.

Macron is said to have told Xi that the conventions should be fully implemented throughout China, especially in the Xinjiang Uygur Autonomous Region where forced labor is allegedly taking place.

Zelenskyy Meets With EU Leaders By Agencies 20 hours, 23 minutes ago