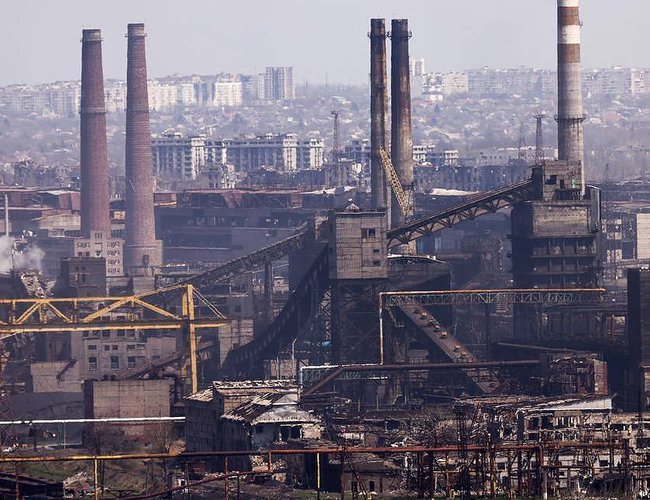 Russia is poised to take full control of the port of Mariupol, but Ukraine says it is not giving up on the city. The mission to defend its final stronghold ended this week, leading the way for Kremlin's biggest victory so far.

Fighters have been emerging from the devastated steel plant for days.

Russia has been counting as the soldiers -- many of them injured -- surrender. Officials say they are now holding nearly 1,000. Ukrainian soldiers fought for more than 80 days to slow the Russian advance. That mission may be over, but he has not lost hope.

The mayor added, "We Ukrainians are determined to take back Mariupol. I can tell you, our defense will eventually turn into an offense. And, in the end, we will prevail. I can tell you that I will return to the city."

The fighting has left many stranded and in the dark without enough food or water. As for the soldiers, Ukraine has said it wants to swap prisoners.

But Russian lawmakers have dismissed the idea, describing soldiers from the Azov regiment as Nazi criminals.

Russian Forces Hoping To Build On Gains In Eastern Ukraine By Agencies 12 hours, 36 minutes ago

Ukraine Says Its Forces Pulled Out Of Lisichansk By Agencies 2 days, 12 hours ago