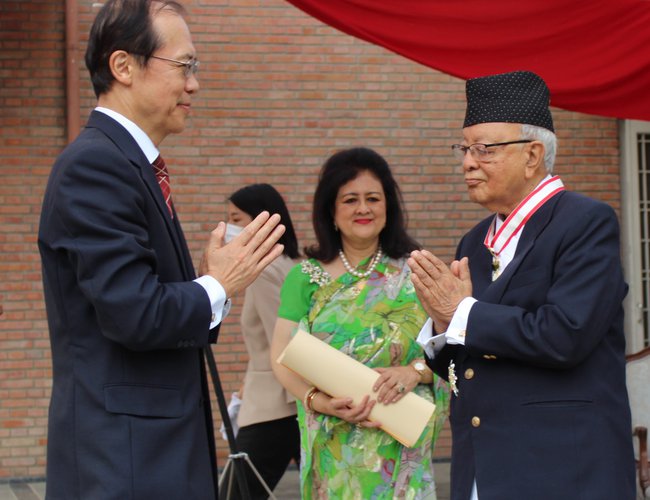 The Ambassador of Japan to Nepal Yutaka Kikuta handed over Order of Japan (The Order of The Rising Sun, Gold and Silver Star) to former governor and secretary Himalaya Sumsher Rana amid a function at ambassador’s residence.

Rana, who is among last year’s foreign recipients in recognition of his contributions towards strengthening the relationship between Japan and Nepal, received the Order of the Rising Sun, Gold and Silver Star.

Rana, who is now 93 years old and served as former secretary and former governor of Nepal Ratrabank, contributed to the promotion of friendly relations between Japan and Nepal by strengthening economic cooperation/ 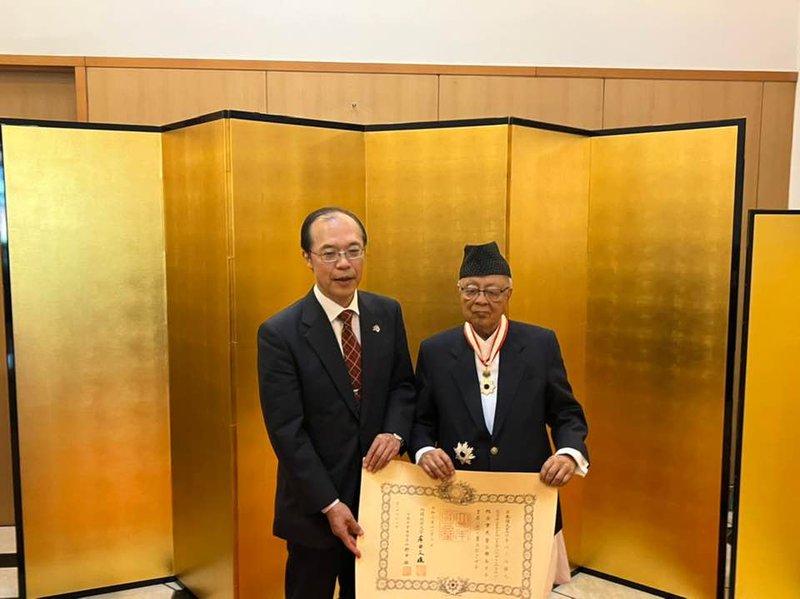 Japanese Decorations are conferred upon foreigners twice a year, on 29th April and 3rd November concurrently with the conferment of decorations and medals to Japanese nationals. The Order of the Rising Sun are bestowed upon individuals of merit, in recognition of their outstanding contribution to the nation or public, they also conferred upon foreign nationals who have made notable contributions to promotion of relations between Japan and other countries in such as politics and diplomacy, research and education, medicine and social welfare, economy and industry, and culture and sports. 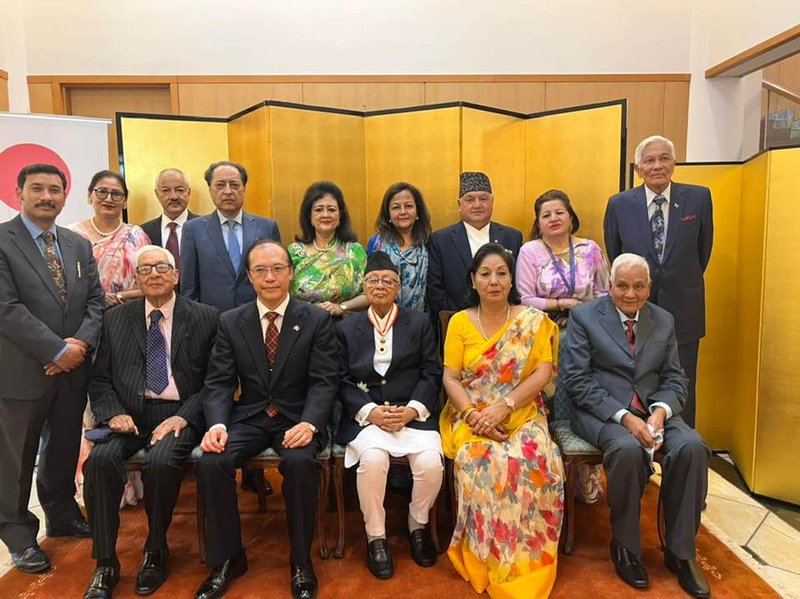 “ I offer my sincerest thank to you ambassador Yutaka Kikuta for cremonally conferring upon me “The Order of Japan (The Order of The Rising Sun, Gold and Silver Star) in recognition of my contribution to strengthening the economic relations between Japan and Nepal. I accept it as a great honor,” said Rana.