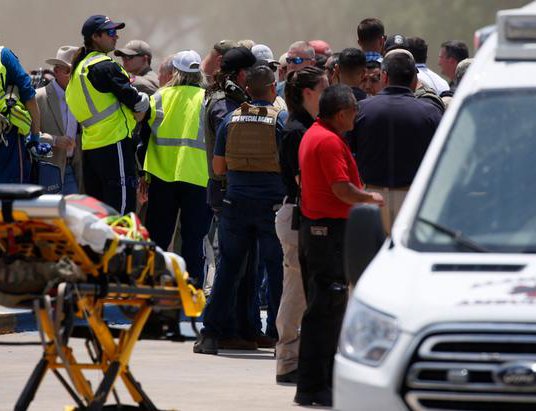 Eighteen students and a teacher have been killed in a mass shooting at an elementary school in the US state of Texas reports International media.

Local authorities say the suspect is an 18-year-old high school student. He is believed to have been shot dead by police at the scene.

The incident took place around noon on Tuesday in the city of Uvalde.

Texas Governor Greg Abbot said, "What happened in Uvalde is a horrific tragedy that cannot be tolerated."

6 Million Ukrainians Are Still Affected By Power Outage By Agencies 1 day, 6 hours ago

Russia Conducted Attacks Across Ukraine By Agencies 2 days, 6 hours ago

Earthquake Kills 62 In Indonesia By Agencies 5 days, 6 hours ago