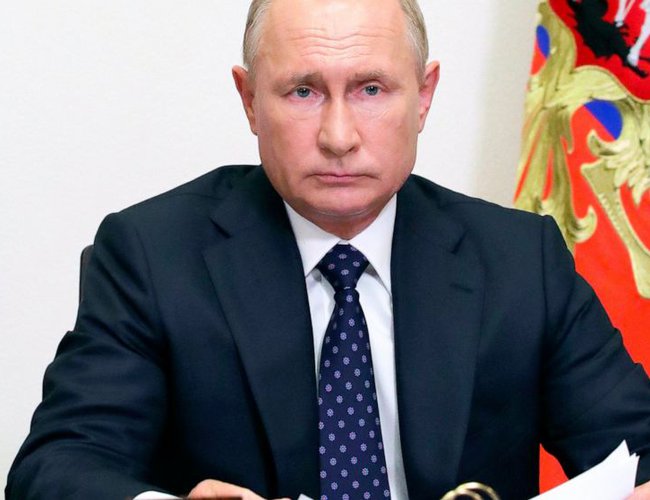 Russian President Vladimir Putin is warning that more military aid for Ukraine would further destabilize the situation and aggravate the humanitarian crisis.

The Kremlin says Putin warned about the dangers of what it described as pumping up Ukraine with Western weapons.

Putin insisted that sanctions against Russia should be lifted to prevent a global food crisis.

Russian forces are trying to besiege Severodonetsk, which is seen as Ukraine's last stronghold in the Luhansk region.

Russia's defense ministry claimed on Saturday that its military is in full control of Lyman, a strategic railway hub in the neighboring Donetsk region. It's about 40 kilometers west of Severodonetsk.

Britain's defense ministry says Russian forces could use Lyman as a foothold to make their way toward Severodonetsk.

6 Million Ukrainians Are Still Affected By Power Outage By Agencies 1 day, 6 hours ago

Russia Conducted Attacks Across Ukraine By Agencies 2 days, 6 hours ago

Earthquake Kills 62 In Indonesia By Agencies 5 days, 6 hours ago