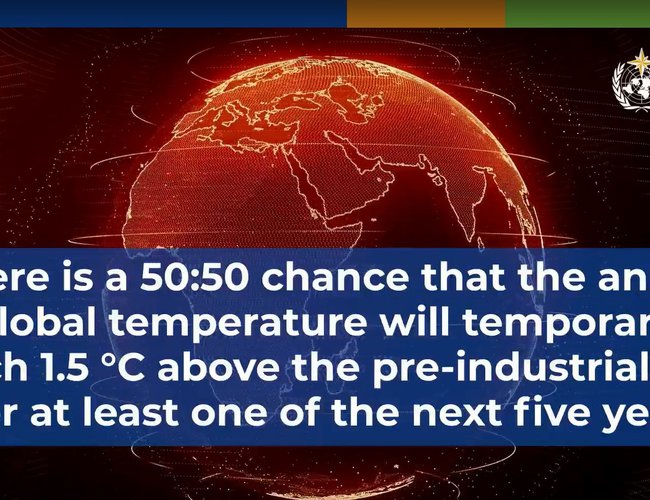 The UN World Meteorological Organization says there is a 50:50 chance of the average global temperature reaching 1.5 degrees Celsius above the pre-industrial level in the next five years. The chance of this occurring was nearly zero in 2015.

The WMO has issued its annual climate update, which is an analysis of the current state of the global climate based on data from weather authorities around the world.

The report states the global average temperature last year was 1.1 degrees Celsius above the pre-industrial baseline.

The report warns the global average temperature is approaching the 1.5-degree level that scientists believe is the threshold when climate change begins to irreversibly spread.

It also predicts there is a 93-percent likelihood that at least one year between 2022 and 2026 will be the warmest ever, surpassing the record set in 2016.

World leaders agreed at the COP26 UN climate conference last year to review their emissions targets for greenhouse gases in an effort to limit the global average temperature increase to 1.5 degrees.

The WMO warns that as long as countries continue to emit greenhouse gases, temperature will keep rising, causing sea ice and glaciers to melt, sea levels to rise and weather to become more extreme.

Ukraine Says Its Forces Pulled Out Of Lisichansk By Agencies 10 hours, 20 minutes ago