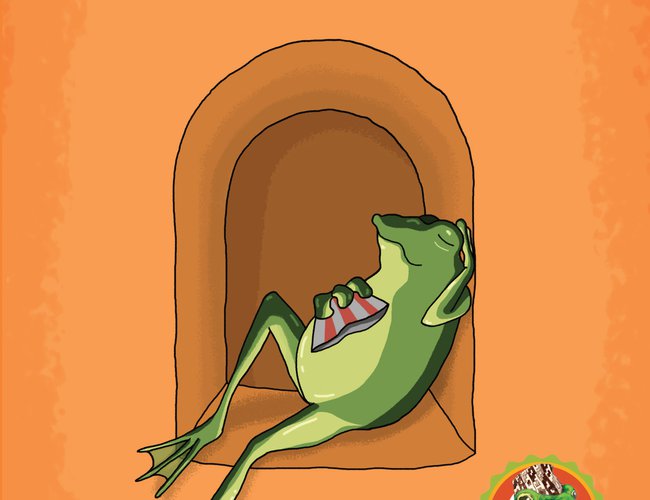 Rato Bangala Kitab, the children’s literature publishing house, is celebrating the 25 years of its famous title ‘Adventures of a Nepali Frog’ written by Kanak Mani Dixit, first published in 1996. The event, which will include scholarly discussions and one-on-one with the author, is being held on Sunday, June 22, 2022 ,at 1:30 PM at Kamal Mani Theatre, Rato Bangala School, Patan Dhoka.

‘Adventures of a Nepali Frog’ (‘Dhumdhaam ko Ghumgham: Bhaktaprasad Bhyaguto ko Nepal Yatra’ being the title of the Nepali edition) is the story of a young amphibian from the Valley who sets out to discover his country, traveling on trucks, yaks, goats, mules, ox-carts, a Sajha Bus and even a tin can on the Bagmati River. He returns home riding the shirt pocket of an airline pilot. The event will also see the launch of the anniversary edition of ‘Adventures of a Nepali Frog’ in English and Nepali.

The special edition showcases the winning book cover design by Bishwo Manandhar, from among several designs submitted as part of a book cover context. The Sunday event, with cultural personage Madan Krishna Shrestha as Chief Guest, will feature a keynote address by Scholar Gautam Vajra Vajracharya (recorded) and a book talk between author Dixit and the educator, editor, and children’s author Kalpana Parajuli. Milan Dixit, Principal of Rato Bangala School, will be assessing Bhakta Prasad as quality literature with her address. 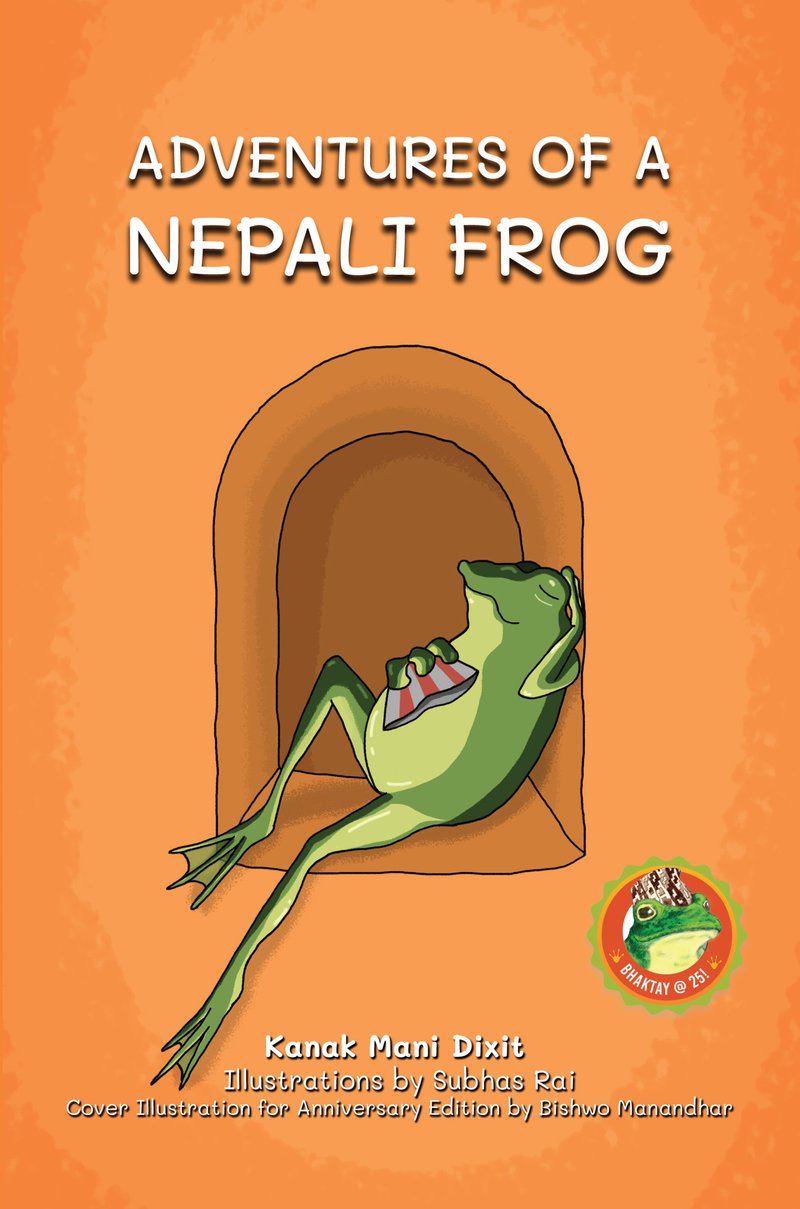 The event will have the presence of publishers, authors, school leaders, illustrators, journalists, and others. ‘Adventures of a Nepali Frog’ the original written in English, is among the most translated works from Nepal — besides Nepali, it is available in Maithili, Newari, and Urdu, as well as the following overseas languages: Chinese, Japanese, Urdu, German, French, Danish, Spanish, Korean and Italian. The National Book Trust of India, in agreement with RBK, has published the work in Asamiya, Bangla, Gujarati, Hindi, Kannada, Malayalam, Marathi, Odia, Punjabi, Tamil, and Telugu. There is also an edition in Braille and a special edition: a set of 19 picture books for young readers. ‘Dhumdhaam ko Ghumghaam’ has been brought out in two editions, with 13 reprints. ‘Adventures of a Nepali Frog’ has had three editions, with ten reprints. Says author Dixit: “Nepali society has changed dramatically in the last quarter-century, but the exhilaration of travel amidst the varied geography and various communities remains the same. Bhaktaprasad would enjoy his adventures just as much today. 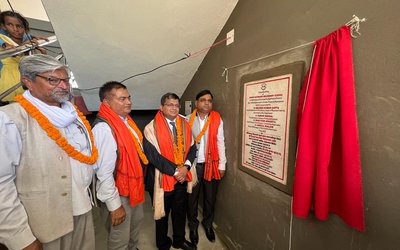