Russia Hands Out Passports To Residents In Occupied Parts Of Ukraine

Russia hands out passports to residents in occupied parts of Ukraine 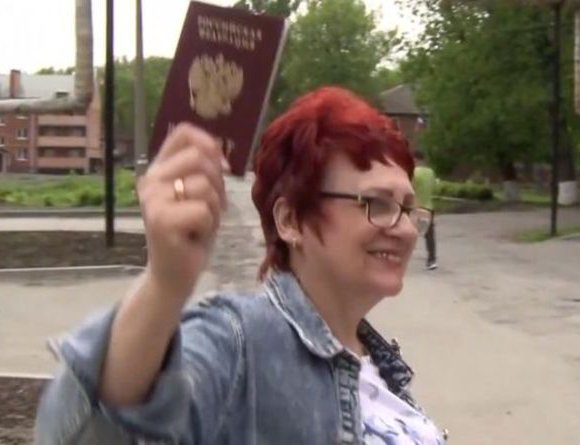 Russia has issued passports to residents in Russian-controlled cities in southern and southeastern Ukraine.

The passports were handed out to locals in the central city of Kherson in Ukraine's southern Kherson region, and Melitopol in the southeastern region of Zaporizhzhia. Russian forces effectively control the two cities.

Russia's state-run news agency reports that 23 citizens in Kherson who applied for Russian passports have received them.

Russian President Vladimir Putin signed a decree in May to simplify the procedure to get a passport.

This is the first time Russian passports have been issued to Ukrainians based on the decree.

The Ukrainian government reacted sharply to Russia's action, saying it is a "flagrant violation of Ukraine's sovereignty and territorial integrity."

Ukrainian media reported that many Ukrainians were forced to submit passport applications after being taken to Russia or forcibly made to evacuate their homes following Russia's invasion of Ukraine.

The deputy speaker of Kherson's regional assembly also protested on social media on Saturday, noting that residents of Kherson reject any offers of Russian passports or Russian citizenship, and that they will prove the reconstruction of the Russian Empire is impossible.

The Putin administration has been pushing the policy to grant Russian passports and citizenship to Ukrainian residents of the Russian-occupied parts of Ukraine's eastern regions of Donetsk and Luhansk.

The Ukrainian side is intensifying its alert over concern that Russia could accelerate its attempts to reinforce its occupation and control of Ukrainian territory and change the status quo there.

Beijing Grapples With 'Zero-COVID' Unrest By Agencies 1 day, 14 hours ago

Anti-coronavirus Curbs Erupt In Beijing, Shanghai And Elsewhere By Agencies 2 days, 14 hours ago