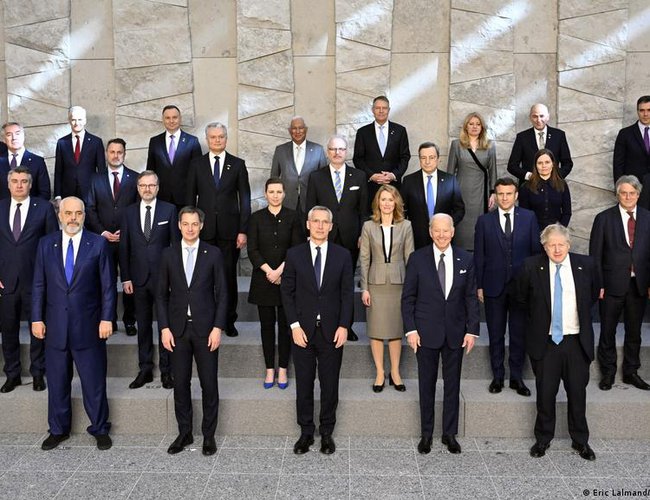 NATO leaders have declared Russia the "most significant and direct threat" to their security. They say the invasion of Ukraine has shown that Moscow is trying to establish spheres of influence through "coercion, subversion, aggression and annexation."

The leaders wrapped up two days of talks on Thursday in Madrid. They emerged with a new strategic direction and a strengthening of their ranks.

The meeting also saw them put Finland and Sweden on a path to membership.

NATO Secretary General Jens Stoltenberg said the decisions they made in Madrid will ensure that the alliance continues to preserve peace, prevent conflict, and protect their people and values.

The allies believe a "strong, independent Ukraine" is vital for stability. US President Joe Biden said he will announce another 800 million dollars in aid to shore up Ukrainian defenses. He said he had warned Russian President Vladimir Putin about the consequences of his actions.

Biden said the invasion would prompt a worldwide response, bringing together democratic allies and partners from the Atlantic and the Pacific to focus on the challenges that matter to their future.

Ukrainian forces have already been bolstered by an infusion of Western weapons. They have forced Russian troops to withdraw from Snake Island, an outpost the Russians had occupied in the Black Sea.

Defense officials in Moscow framed the retreat as a "gesture of goodwill" to allow the export of agricultural products.

However, Russian troops have demonstrated little goodwill in eastern Ukraine. They have been trying to encircle the city of Lysychansk, an area that has already seen heavy fighting. They want to take hold of the last part of the Luhansk region still under Ukrainian control.

Blasts Hit Russian Air Base In Annexed Crimea By Agencies 1 hour, 17 minutes ago

China Ends 4 Days Of Military Drills Around Taiwan By Agencies 2 days, 1 hour ago