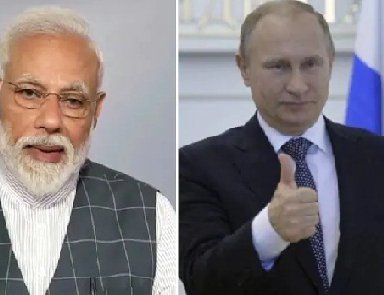 Russian President Vladimir Putin said Ukraine and its Western allies are responsible for escalating the violence.

He told Indian Prime Minister Narendra Modi in a phone call on Friday that his enemies are engaging in "provocations."

He added that, despite the fighting, Russia has remained a reliable producer and supplier of grain and energy to India and other countries.

Missile strikes in the southern Ukrainian port region of Odesa has killed 21 people and injured 39 others.

The service said one missile ripped through a nine-story apartment tower. It released video of the destroyed building and heavy equipment clearing away debris.

At around the same time, another missile slammed into a campsite. Ukrainian authorities say Russian aircraft fired the missiles from the direction of the Black Sea.

A local resident said he lives close by and heard the blast. He said they went to the scene and assessed the situation along with emergency workers and other people who live here. He added that they all pitched in to help the survivors... and also those who didn't make it. He said they helped carry them away.

A spokesperson for Russia's presidential office denied that they were deliberately targeting civilians.

Meanwhile, Russian troops are continuing their attacks in the eastern Ukrainian province of Luhansk. They have been trying to take control of the stronghold of Lysychansk.

Defence Ministry spokesperson Igor Konashenkov said progress has been steady and troops are closing in on the city center. He said the Russian Armed Forces continue their successful offensive in the Lysychansk area.

He added that, during the last three days, they have taken a refinery, a mine, and a gelatin factory. He said the allied forces have approached Lysychansk itself and that the Ukrainian army has suffered heavy losses.

Blasts Hit Russian Air Base In Annexed Crimea By Agencies 1 hour, 2 minutes ago

Japan Marks 77 Years Since Atomic Bombing Of Nagasaki By Agencies 23 hours, 49 minutes ago