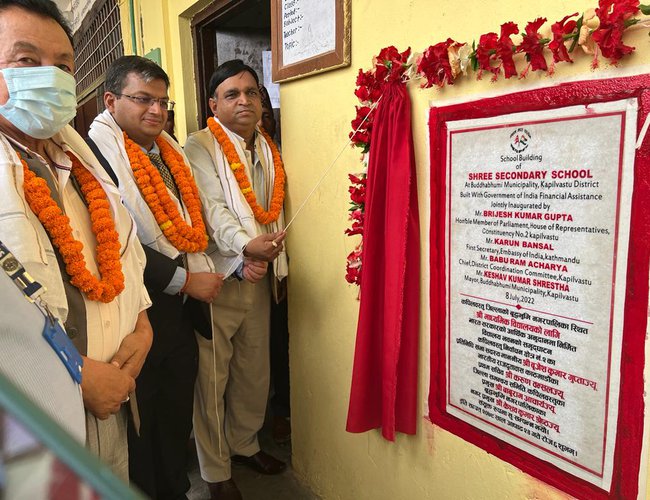 The project was undertaken with the grant assistance from Government of India at the cost of NRs.34.00 million under India-Nepal Development Programme in Education Sector as a Community Development Project. This is one of the projects being inaugurated this year as part of "India@75 Azadi Ka Amrit Mahotsav" celebrations which commemorates 75 years of India’s independence.

Shree Secondary School is an old established school in Kapilvastu District. The new infrastructure built under this project will create suitable environment for teaching in the school. 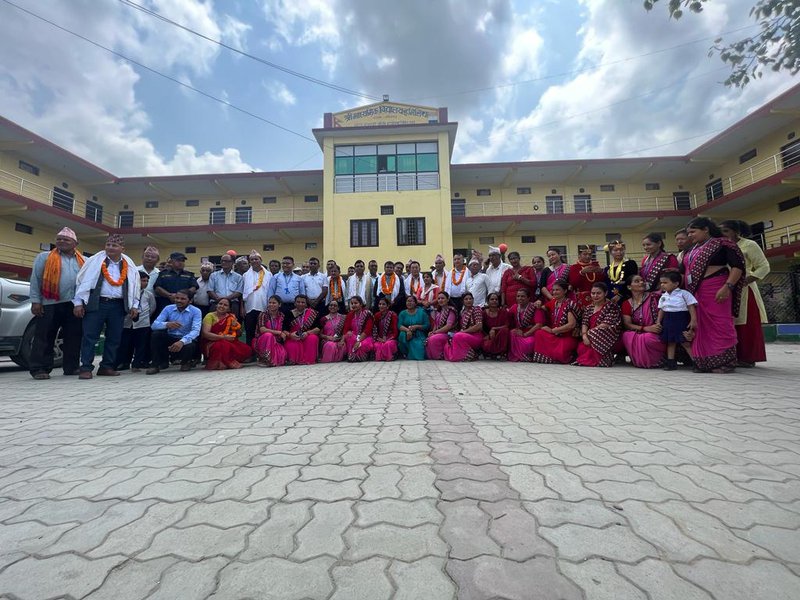 Since 2003, India has taken up over 527 High Impact Community Development Projects (HICDPs) in Nepal and has completed 470 projects in the areas of health, education, drinking water, connectivity, sanitation and creation of other public utilities across all 7 provinces of Nepal at the grassroots level. Out of this, 60 HICDPs are in Lumbini Province, including 5 projects in Kapilvastu District.

India and Nepal enjoy strong, robust and longstanding development partnership that is reflective of the closeness of the ties between both countries. The implementation of these projects reflects the continued commitment of the Government of India in complementing the efforts of the Government of Nepal and guided by its priorities, to create infrastructure in various sectors including Education.