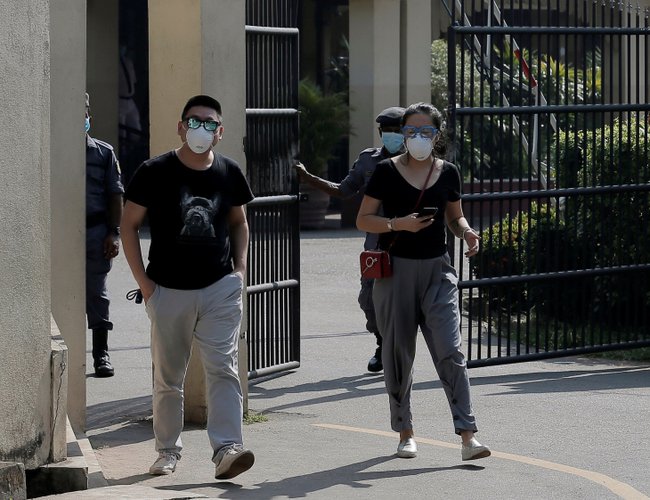 The office of the Sri Lankan parliament's speaker says President Gotabaya Rajapaksa has submitted a letter of resignation.

The office said in a statement on Thursday night that the speaker received the letter. If its authenticity is verified and all legal processes are completed, the president's resignation is expected to be officially announced on Friday.

Following the statement, anti-government protesters in the largest city of Colombo erupted in cheer.

Rajapaksa had earlier reiterated that he would resign on Wednesday. But he fled to the neighboring Maldives on a military plane that day without stepping down.

Singapore's foreign ministry said "it is confirmed that Mr Rajapaksa has been allowed entry into Singapore on a private visit." It added that "he has not asked for asylum and neither has he been granted any asylum."

Sri Lanka's economic crisis provoked mass demonstrations against Rajapaksa and the government. The protests intensified from Saturday, with protesters storming the president's official residence and the prime minister's office.