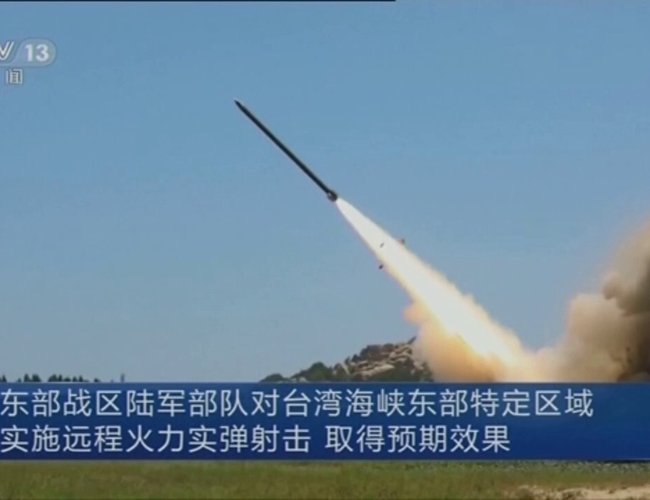 China has ended four days of military drills around Taiwan, and suggested that they were aimed at examining how to move if it decides to unify with Taiwan by force.

The Chinese military carried out the large-scale exercises in six maritime areas and airspace encircling Taiwan from Thursday through Sunday. The move was in response to US House Speaker Nancy Pelosi's visit to Taiwan.

The military's Eastern Theater Command, which is in charge of the East China Sea, has released footage showing flying fighter jets and bombers. It is said to be from the combat exercises on Sunday focusing on simulated attacks on land and tests of long-range strike capabilities in the air.

Meng Xiangqing, a professor at the National Defense University, told state-run China Central Television that the drills were conducted at an unprecedented short distance from Taiwan.

He said the military confirmed its capabilities to encircle Taiwan and block foreign forces from entering the area. He said the drills have created good conditions and a strategic advantage for China's unification with Taiwan.

Some planes and ships in the drills crossed the median line, which is an unofficial buffer to help prevent accidental clashes between Chinese and Taiwanese forces. Chinese authorities have recently begun asserting that they do not recognize the line as they are stepping up pressure on Taiwan.