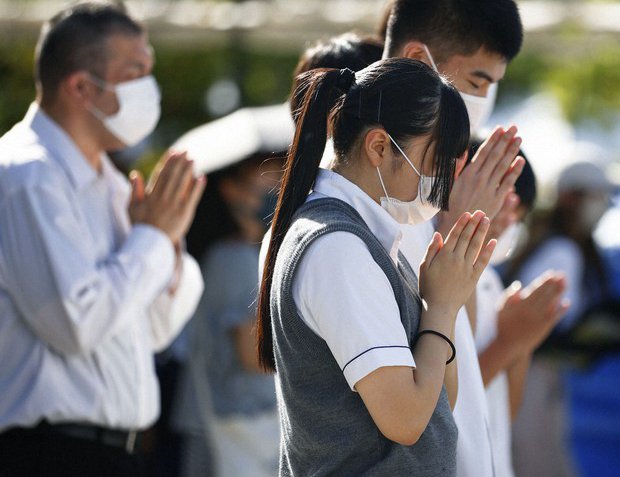 Japan is marking 77 years since the atomic bombing of Nagasaki during World War Two.

Since early Tuesday morning, people have been gathering to honor the victims at locations including Nagasaki Peace Park, which is built around ground zero. The annual memorial ceremony will be held at the park.

About 1,700 people are expected to attend the event. That's more than three times as many as the previous two years, when the ceremony was scaled down because of the COVID-19 pandemic.

Survivors of the bombing, along with Prime Minister Kishida Fumio and representatives from dozens of countries, will attend.

A register containing the names of 192,310 victims will be placed inside a memorial. It includes the names of 3,160 people who were added in the past year.

Nagasaki Mayor Taue Tomihisa will deliver a peace declaration at the ceremony. He's expected to call for a world without nuclear arms, amid growing fears about Russia's nuclear threats regarding its invasion of Ukraine.

The agreement came into force last year. But nuclear powers, including the US and Russia, do not support it. Japan and other countries that rely on them for deterrence have not signed either.

Throughout the day, people in Nagasaki will reflect on the catastrophe and send the message that the atomic bombing should forever remain as the world's last.