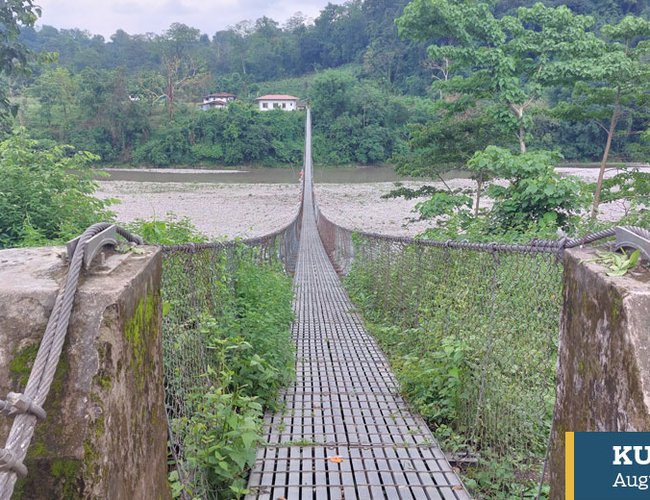 The government will for now not pursue the 2,560-megawatt Sunkosh hydropower project, the country’s biggest, according to the economic affairs minister, Loknath Sharma.

This means that developmental activities like the construction of roads, bridges and plantation of cash crops, which were halted before, will be allowed.

Many villages in Lhamoidzingkha Drungkhag in Dagana, including Samarchu, Piping and Doban, were affected.

“The Sunkosh project is a good project, but our priority now is to complete Punatshangchu I and II,” he said, adding that starting many large projects simultaneously would cause issues like cost escalations.

Lyonpo said that the government has written to the Dagana Dzongkhag Administration to allow developmental activities in the affected area.

“Activities in the area must go on,” he said.

Explaining the rationale behind not pursuing the project, the economic affairs minister said that technologies were changing fast and that the long-term benefits of hydropower projects must be studied properly.

“The energy market is changing and we need some time to decide on remarking large hydropower projects,” he said.

However, Lyonpo Loknath Sharma added that small storage hydropower projects would be pursued and their benefits studied before starting large projects like Sunkosh.

A storage hydropower plant will have a dam and a reservoir to impound water, which is stored and released when needed.

“We have already embarked on the construction of small hydropower projects. And that might be the way forward for the hydropower sector,” he said.

The government on July 8 inaugurated the construction of three small hydropower projects, one each in Lhuentse, Zhemgang and Haa, with a combined generation capacity of 104 megawatts (MW).

The Sunkosh project did not make it to the agenda of the recent talks between the economic affairs minister and his Indian counterpart.

However, the minister added: “I would not say that the project has been dropped. If the project is implemented in the future, infrastructures would be enhanced and used.”

A local leader from Dagana said that the government’s decision to allow developmental activities in the area would help the local economy.

“Some people in the area are planning to establish businesses like homestays and rafting facilities for tourists,” he said.

The National Council (NC) in a recent session recommended the government to provide a definitive timeline for the implementation of the Sunkosh hydropower project so that the people can benefit from planned development.

During the NC’s public consultations, people in the affected area were informed that the project could be started soon, the NC stated during the debate.

The delay caused a major impact on the use of alternative routes to connect the drungkhag to other interior dzongkhangs, as many bridges are yet to be built.

The Sunkosh project is estimated to cost about Nu 200B.

Even though it was been identified as an intergovernmental project like Punatshangchu projects I and II, the governments of Bhutan and India have not agreed on the modality of its implementation.

The Indian side reportedly wanted to implement the Sunkosh project on a model with full management control.