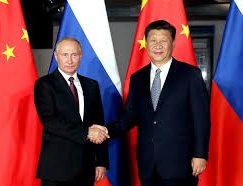 Joko told US media outlet Bloomberg on Thursday that Xi and Putin will come to the summit to be held on the Indonesian island of Bali.

The Russian presidential office said on Thursday that Putin and Joko held telephone talks about preparations for the G20 summit and also about food security. But it did not say whether President Putin will attend the meeting in person or by other means.

Western members of the G20 are opposing Putin's attendance of the summit.

Indonesia has invited Ukraine's President Volodymyr Zelenskyy to the summit, although the country is not a G20 member. Zelenskyy said in June that his response to the invitation depends on who would attend.