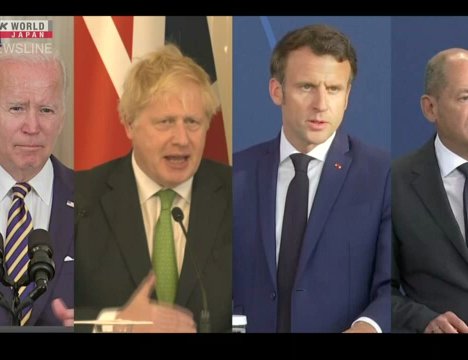 US President Joe Biden has discussed the situation in Ukraine with leaders of Britain, France, and Germany.

The statement says, "The leaders affirmed their continued support for Ukraine's efforts to defend itself against Russian aggression."

It adds, "They also discussed the situation at the Zaporizhzhya Nuclear Power Plant, including the need to avoid military operations near the plant and the importance of an IAEA visit as soon as feasible to ascertain the state of safety systems."

127 People Die In Stampede After Soccer Match In Indonesia By Agencies 1 hour, 45 minutes ago