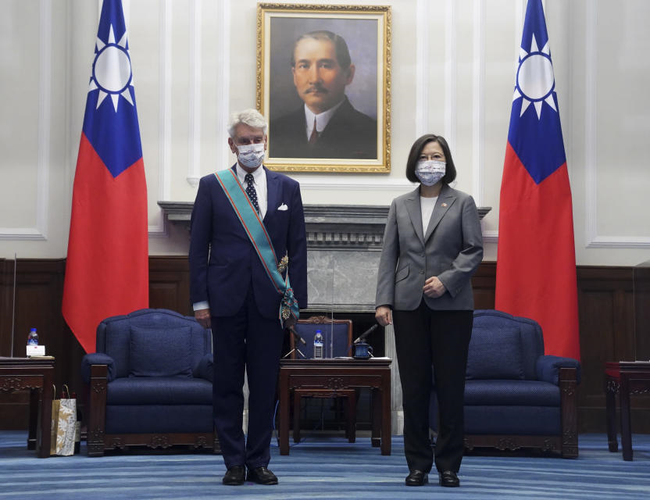 Taiwan has proposed a record defense budget for 2023 that seeks to increase spending by nearly 14 percent from this year, amid growing pressure from China.

The Executive Yuan, or Cabinet, adopted a general budget for next year on Thursday.

The proposed defense budget totals 586.3 billion New Taiwan dollars, or about 19.4 billion US dollars, which is up by 13.9 percent from the current year.

The sum includes funds for purchasing advanced F-16V fighter jets and mass-producing missiles and other equipment.

The defense ministry says the overall defense budget is equivalent to 2.4 percent of Taiwan's projected gross domestic product for next year.

An official in charge of budget compilation says the sharp boost comes as outlays for ever-increasing dispatches of military aircraft and vessels will likely rise further amid China's stepped-up military activity around Taiwan.

China carried out large-scale military exercises around Taiwan earlier this month, and has frequently sent fighter planes over the median line in the Taiwan Strait even after the drills concluded. The line was established with the aim of preventing unintended military clashes between Taiwan and China.