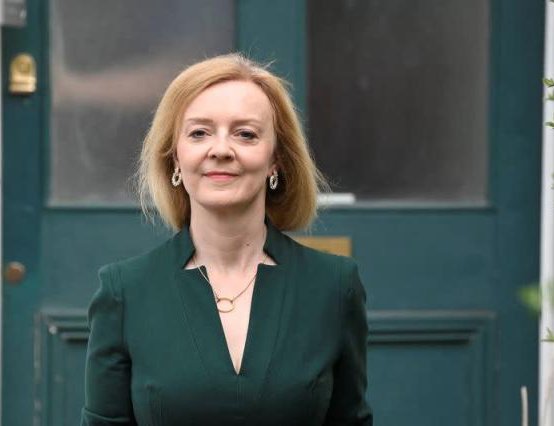 Britain's Foreign Secretary Liz Truss remains the frontrunner in the race to choose a successor of Prime Minister Boris Johnson.

About 160,000 members of Britain's ruling Conservative Party are choosing between Truss and former Chancellor of the Exchequer Rishi Sunak.

Economic policy is a key issue in the race as Britain faces steep inflation. The country's consumer price index for July rose 10.1 percent -- the highest level in about 40 years.

Truss says she will carry out tax cuts immediately if she becomes prime minister.

Sunak was initially cautious about tax cuts, saying that the measure could push prices further up. But he apparently decided to change his policy after he found himself lagging behind Truss in polls.

Sunak now says that he plans to temporarily suspend value-added taxes on electricity and fuel bills. He has suggested that he will cut income taxes in the future.

The result shows 66 percent of respondents supported Truss while 34 percent were in favor of Sunak. But Truss's lead over Sunak has shrunk by six percentage points from the previous poll two weeks before.

The voting by Tory members is due to close on Friday, and the winner will be announced on Monday next week.

Russians Advance On Bakhmut As Allies Mull Jets For Ukraine By Agencies 13 hours, 46 minutes ago