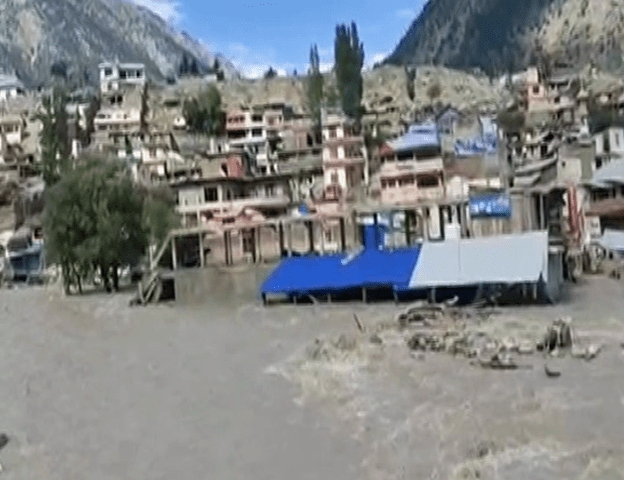 The overall death toll from floods across Pakistan reached 1,136 on Monday as the threat of more flooding lingered in Khyber Pakhtunkhwa.

Radio Pakistan reported that according to a situation report of the National Disaster Management Authority (NDMA), 1,634 individuals were injured in various rain and flood-related incidents and over 735,375 livestock animals were lost.

Meanwhile, the water level in Kabul River still ranged from medium to very high flow. Data available from the flood cell showed that a decrease of 41,000 cusecs was recorded in the river’s water level and 296,731 cusecs were passing through the river at Nowshera — which was still “very high” flow.

The irrigation department also said that a “high” flow was reported in Kabul River at Warsak with 103,614 cusecs and a “medium” flow at Adezai Bridge with 54,495 cusecs flowing.

According to a statement from Nowshera’s deputy commissioner office, the water level in the Kabul River was continuously decreasing and was likely to go down further in the next five to six hours.

Moreover, high water level was also observed in the Indus River at Chashma, with inflow and outflow levels recorded at 525,362 cusecs and 519,362, respectively.

However, the flood cell data showed that the rest of the rivers in KP were flowing at low, normal, and medium levels.

Meanwhile, in a statement today, the military’s media wing said that Pakistan’s friendly countries had pledged relief and rehabilitation efforts for the destruction caused by the unprecedented floods.

It said that one military aircraft from UAE will arrive in the country this evening, while another two aircrafts from China will reach Pakistan in the next 48 hours. Bahrain has also pledged one aircraft to help assist flood victims.

Separately, the Embassy of Japan in Islamabad has decided to provide emergency relief goods (Tents and Plastic Sheets) through the Japan International Cooperation Agency (JICA) to Pakistan in response to the damages caused by the flood disaster.

On Monday, Belgium also announced that it will offer Pakistan 300 tents to shelter a total of 1800 people.

The Singapore Red Cross (SRC) has also committed $50,000 to support survivors and affected communities. The contribution will support the immediate needs of those affected by the climate emergency, including food; emergency shelter; water and sanitation solutions; and hygiene items. SRC will also launch a public fundraising appeal to support the relief and recovery operations.

Later in the day, India’s Prime Minister Narendra Modi tweeted that he was saddened to see the devastation caused by the floods in Pakistan.

“We extend our heartfelt condolences to the families of the victims, the injured and all those affected by this natural calamity,” he said, hoping for an early restoration of normalcy.

Separately, Chinese President Xi Jinping on Monday sent a message of condolence to his Pakistani counterpart, Arif Alvi, over the severe floods hitting the country.

He assured that as all-weather strategic cooperative partners and “ironclad” friends, China and Pakistan had been sharing weal and woe for a long time, reaching out to each other and responding to major challenges such as natural disasters side by side.

After the floods struck, China has responded immediately, and will continue to provide urgently needed assistance to Pakistan and support the country in its disaster relief work, he promised, hoping that with the joint efforts of the Pakistani government and people, those in the disaster-hit areas would overcome the floods and rebuild their homes as early as possible.