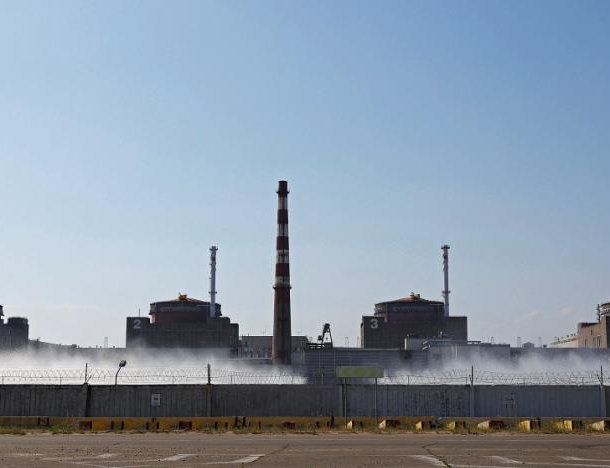 A team of experts from the International Atomic Energy Agency is expected to begin inspecting the Zaporizhzhia nuclear power plant in southeastern Ukraine from Thursday.

The IAEA team on Wednesday arrived in the city of Zaporizhzhia, about 60 kilometers from the plant.

IAEA Director General Rafael Mariano Grossi told reporters in the city that the inspections will take a few days.

Grossi described the visit as a "technical mission" to assess the situation at the plant. He added that he needs to interview plant workers, and the IAEA aims to establish a "permanent presence" there.

The Russian-seized plant is at risk of a catastrophe as shelling around the facility continues, with part of it reportedly damaged.

The Russian defense ministry says Ukrainian troops fired shells around the plant on Tuesday. It accused Ukraine of continuing to stage provocations to obstruct the IAEA mission.

Whether the UN nuclear watchdog can smoothly conduct its inspections remains to be seen as the Russian military is said to be pressuring plant workers to keep quiet about the actions of troops stationed there.

Meanwhile, Ukrainian forces have launched a new counteroffensive in Russian-occupied areas of the Kherson region in the country's south.

Russia's defense ministry claimed on Wednesday that the offensive was unsuccessful, and that it cost the lives of more than 1,700 Ukrainian military personnel.

But the British defense ministry said in its latest intelligence update that Ukrainian forces "have pushed the front line back some distance in places, exploiting relatively thinly held Russian defences."

Russians Advance On Bakhmut As Allies Mull Jets For Ukraine By Agencies 14 hours, 5 minutes ago