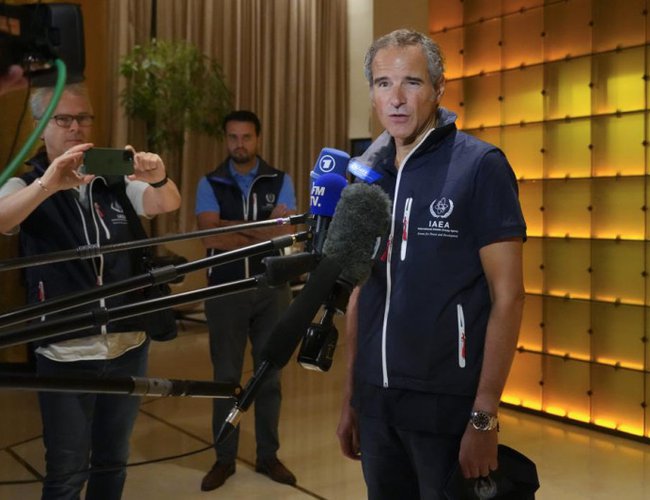 The director general of the International Atomic Energy Agency made a risky trip on Thursday to the Zaporizhzhia nuclear plant in Ukraine. One day later, Rafael Grossi said he saw everything he asked to see. However, he considers the physical integrity of the plant to be a major concern.

Grossi left six inspectors behind to assess the damage to the plant and its ability to operate safely. He said two of them will constitute a "permanent presence."

Grossi said, "The situation is extremely complex, extremely challenging, and it will continue to require the permanent support and the monitoring that we are trying to provide."

It said the team was not allowed to enter the crisis center, where Russian troops are stationed. But Grossi said another center has been set up instead for the facility to continue operating.

Shelling around the plant led an emergency system to shut down one of the reactors. But on Friday, it was reconnected to the grid.