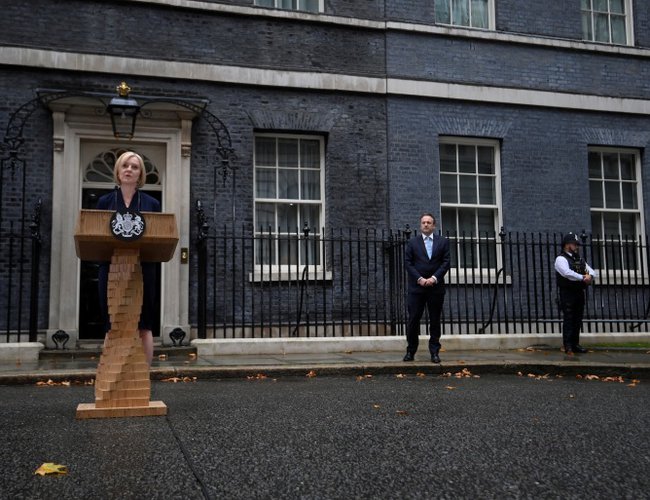 The new British prime minister, Liz Truss, says she wants to turn the page after a series of scandals under her predecessor, Boris Johnson.

Truss gave her first speech as leader at 10 Downing Street on Tuesday. She promised to protect Britons with a "bold plan" to grow the economy.

She said the British people should not be daunted by the challenges they face. She said that they will "weather the storm."

Truss takes over at a time of slowing economic growth and rising interest rates, with inflation over 10 percent. She said she will start by cutting taxes "to reward hard work."

She vowed to bring down energy costs that have soared to levels that she described as "unacceptable."

She added that she wants to improve the national health service.

Truss blamed the pandemic and what she called the "appalling war in Ukraine" for causing "severe global headwinds." She promised that the British people would stand with their allies, because they cannot have security at home without having security abroad.

US President Joe Biden called Truss to congratulate her. The two leaders agreed to build on their countries' "special relationship" and their defense alliance through NATO and the AUKUS security partnership.