Five Died 15 Disappeared In A Flashflood And Landslides In Darchula

Five Died 15 Disappeared In A Flashflood And Landslides In Darchula 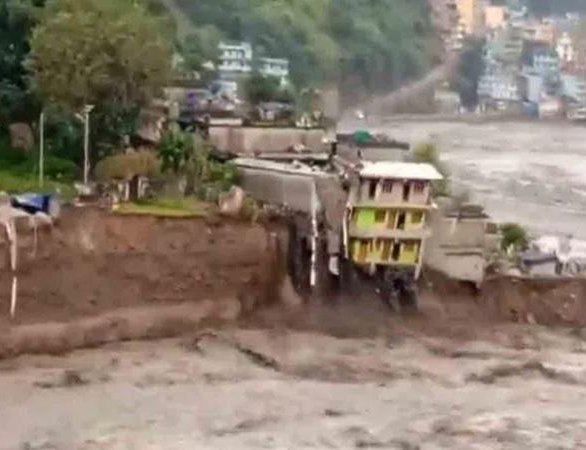 A cloudburst in Darchula triggered flash floods and landslides killing five and ten disappear. According to Nepal Police, the bodies of five people have already been recovered and a search is on for the remaining people.

Naugadha Rural Municipality and Mahakali Municipality are reportedly affected by floods and landslides. According to the District police office in Darchula, the landslide completely damaged 42 houses, nine impartially and 40 houses are in a vulnerable situation.

The floods also washed out vehicles on the road to tinker and some portions of the Mahalali corridor in Darchula.

According to Indian media, a border village of Nepal triggered a flash flood in Khotila village on the Indian side as waters of the swelling Kali river rushed into homes, filling them with sludge and killing a woman.

The body of Pashupati Devi, a resident of Khotila village, was later pulled out of the sludge that had choked her house after the flooding of the river, Pithoragarh District Magistrate Ashish Chauhan said.

The village is located near Dharchula town in Pithoragarh district, he said. The cloudburst occurred past midnight in Bangabagar village across the India-Nepal border, Chauhan said. The river waters mixed with debris gushed into 36 homes in Khotila village, officials said.

The woman killed in the incident did not get the time to unbolt the door of her home and run to safety, the DM said. 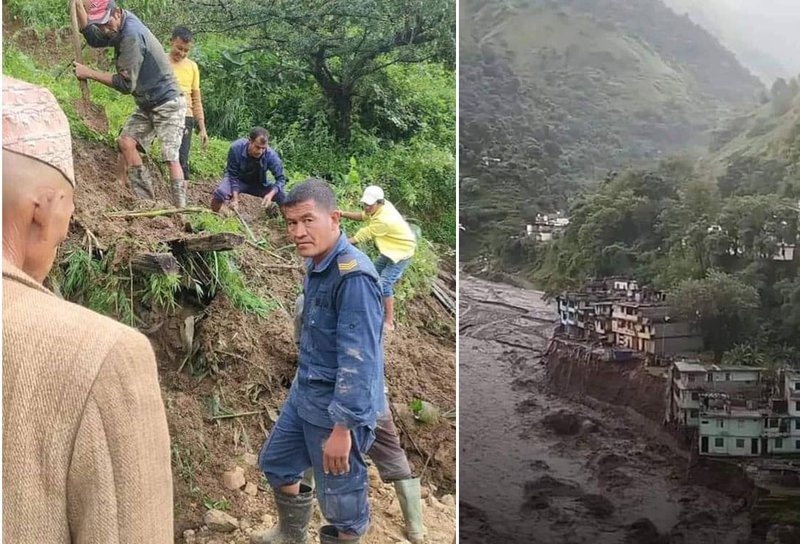 He said 170 affected people of the village have been evacuated and put up in makeshift shelters built at Dharchula stadium.

The Dharchula administration is running relief and rescue operations on the spot with the help of the State Disaster Response Force (SDRF) and police personnel, Mahar said.

Meanwhile, Uttarakhand Police and Fire departments have been alerted. The DM said that teams of the National Disaster Response Force (NDRF) and State Disaster Response Fund (SDRF) are engaged in relief operations everywhere. People and tourists are advised to be safe and take all precautions.

Earthquake In Doti: Nepal Army Is In Rescue Operation, 200 Aftershocks So far By NEW SPOTLIGHT ONLINE 2 months, 2 weeks ago

Earthquake In Sudur Paschim: Six killed In Doti By Agencies 2 months, 2 weeks ago