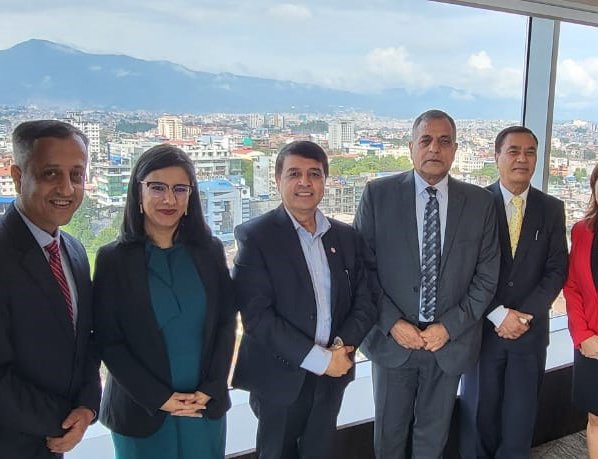 Senior Vice President of the Federation of Nepalese Chambers of Commerce and Industry (FNCCI) Chandra Prasad Dhakal has asked the Asian Development Bank (ADB) to increase investment in large infrastructure projects promoted by the private sector.

Dhakal, who is also the chairman of the Global IME Bank, expressed this during a meeting with the Vice President of Asian Development Bank Ashok Lavasa in the capital on Friday.

The senior vice president of the FNCCI asked the ADB for investment in a large-scale infrastructure development project promoted by the private sector in collaboration with the Nepalese private sector, according to a press note issued by the Global IME Bank.

Dhakal said that Nepal's banking sector is suffering from a liquidity crunch and said that Asian Development Bank's support is needed to resolve it, read the press note.