Nepal To Export Power To Bangladesh

Nepal To Export Power To Bangladesh 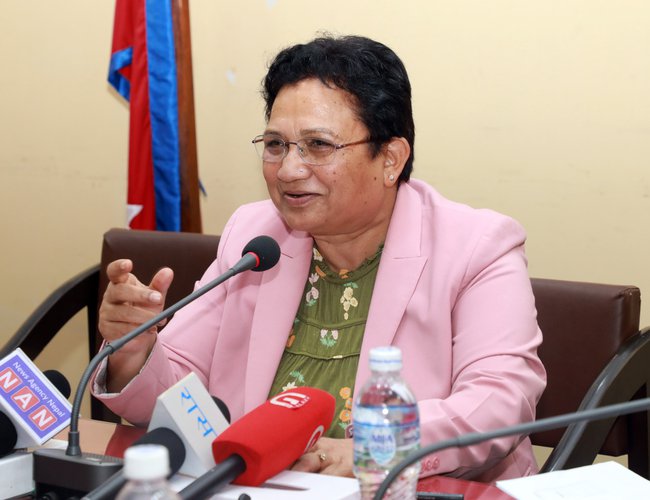 Minister for Energy, Water Resources and Irrigation Pampha Bhusal informed that the government was at work to export electricity to Bangladesh, targeting power export within this year.

At present, Nepal is exporting electricity to only India. "Now, we will export electricity to Bangladesh too. An agreement on production partnership has taken place, and 50-megawatt power will be supplied to Bangladesh from this year," said the Minister while talking to media persons here today.

With the aim of the maximum consumption of electricity at home, there has been a discount on electricity tariffs, she said, reminding us that the power tariffs were slashed by up to 75 percent in agriculture and irrigation. The discount is also for domestic use, she said.

In a separate context, the Minister, who is also the leader of CPN (Maoist Centre), one of the ruling coalition partners, said seat allocation among the coalition parties for the November 20 elections would conclude by the coming evening.

"Technical problems emerged on seat allocation, so it could not be settled. Even the top leaders were outside the Kathmandu Valley. However, it would be resolved by the forthcoming meeting," Bhusal informed. (RSS)